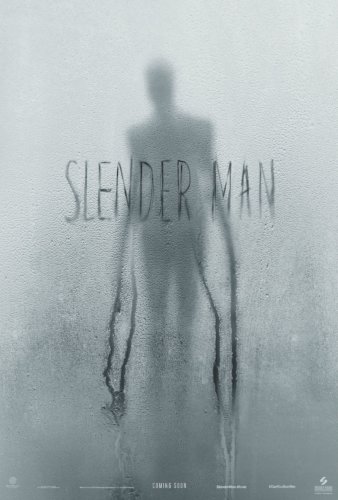 Four friends decide to summon the legend known as Slender Man out of fun one night at a sleepover. What they think is a silly game and legend soon becomes a nightmare when they find themselves behind stalked by Slender Man himself.

Iâ€™ll try to keep this as less of a rant as possible, but this movie was so terrible. I went in expecting it to be equivalent to The Bye Bye Man, but possibly better. I couldnâ€™t have been more wrong. This movie makes Bye Bye Man look like Halloween. The script for the film is terrible. We have zero insight to any of the characters except for two of them. The most interesting one with any depth disappears early on, the other is lead character and she is so bland and boring and quite frankly, pretty bitchy and doesnâ€™t seem to care much about her friends. Joey Kingâ€™s character is the most interesting throughout the remainder of the movie because sheâ€™s actually willing to try stop things and we see the effect it has on her. But because sheâ€™s not the lead character we donâ€™t get nearly as much time with her as we deserve. Apart from Kingâ€™s character, the other two characters are beyond stupid and annoying. The character who disappears early on is very quickly forgotten by most of the group when the script makes it seem like the film will be about the friends trying to get her back. And eventually another character is soon forgotten about by the friends after they show signs of insanity, this character is never seen again afterwards.

This movie also has the worst case of â€œwhere are the parentsâ€ that Iâ€™ve ever seen in a horror film. These teen girls are running around at late hours in the woods, the parents donâ€™t seem to care, especially when one of the girls has gone missing and the town knows about it. We then get random bits of teen drama with a guy the main girl likes that feels forced, and we also have the forced fight between the two main best friends, and then the main girlâ€™s sister gets thrown in the mix randomly just to amp up the drama. Ultimately and more than anything, this movie is extremely boring. It doesnâ€™t even try to be scary or disturbing. Itâ€™s really sad that the teaser trailer was more scary than the actual film, and the worst part about that is that a lot of the footage in that teaser isnâ€™t even in the movie. Instead, anything â€œscaryâ€ just seems like the girls are having bad acid trips. I would have loved if this movie was a generic jump scare film like Bye Bye Man, it still would have been bad, but it would have had a lot more life in it than this one did. Sure it has some nice and dreary imagery, but thatâ€™s as close to â€œcreepyâ€ as it gets. So much of the film is so hard to see as well because the lighting is so terrible. The only decent thing about this movie is the acting, Joey King delivering probably her best performance that Iâ€™ve seen. Everyone else does fine, except for the lead girl who brought zero charisma to the role.

I wanted to walk out of this movie so bad for how boring and terrible it was and ultimately I left the theater angry for wasting my time with it. I genuinely canâ€™t remember the last movie I hated this much or felt such negative feelings towards. It baffles me that this movie even failed to be a so bad itâ€™s good movie like Bye Bye Man. Itâ€™s so hard to put how bad this movie is into words without seeing it, but I wouldnâ€™t recommend this movie to anyone. Iâ€™d give this a zero if it wasnâ€™t for Joey Kingâ€™s performance.