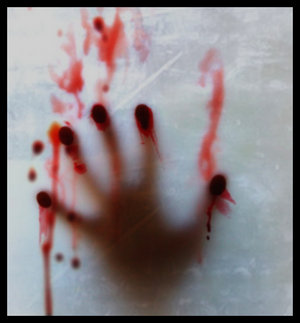 10. Freddy vs Jason
Jason Kills Trey In Bed
This, by far, was my favorite death of the film. It’s brutal when Jason starts stabbing Trey and it will make you cringe has he bends the bed in half along with the beer guzzling jock.
http://www.youtube.com/watch?v=mw7aZ92CSIU

9. Nightmare On Elm Street
Freddy Kills Glen
Poor Glen. Johnny Depps character get a sucked into his bed and then spit back out. Lots of blood. I repeat, lots of blood.
http://www.youtube.com/watch?v=PGGrbOZrFqw

8. Deadly Friend
Basketball Death
Maybe the craziest and most over-the-top death ever put on film. You will die laughing before she does.

7. Sleepaway Camp 2
Outhouse Death
A really gross death that is enhanced by some great lines leading up.

6. Final Destination 3
Too Hot Too Handle
The stupid popular girls finally get what’s coming to them as they go from a nice bronze to well done.

5. Jason X
Face Freeze
Ouch! Great effects and another example of the powerful strength that comes from Jason.
http://www.youtube.com/watch?v=SKpRWulOftg

4. Halloween: Curse oF Michael Myers
Nurse On A Stick
So simple yet so good. I have to give all the credit to the score as it comes in at the perfect time and on the perfect note.

3. Friday The 13th Part VII: The New Blood
Sleeping Bag Meets Tree Trunk
An all time classic horror movie death. It was edited down, but for once, maybe for the best.

2. Texas Chainsaw Massacre (2003)
Hole In The Head
Geat effects and great camera work. The dolly shot from the front seat leading all the way out of the van is amazing to say the least.
http://www.youtube.com/watch?v=ChexglKUhaE

1. Halloween 2 (2009)
Annie Should’ve Had A Gun
No! Not Annie! I really hate that she had to go, but this scene was pieced together so well that no “Halloween” fan will ever forget it. RIP – Annie Brackett