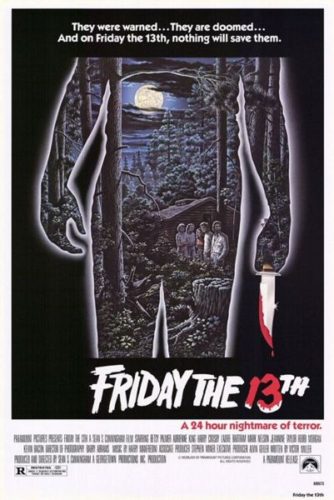 Growing up in a small town with not a lot of friends, you have to do what you can to make the time pass. For me, my friend past-time was horror movies. I devoured them as a kid. I remember going to the local video store with my mom and running to the horror aisle to see what new releases might be in stock. But even more than the new releases, it was the 80â€²s style horror movies that really caught my eye. The box art was normally quite grotesque with a naked girl here and a body part here. I always thought to myself, â€œThis is awesome!â€ Hell, the Nightmare on Elm Street 3: Dream Warriors back box art (Kristen in the â€œFreddy snakeâ€) scared me so much that it would take me years to watch it. Of course, I would always check out the back cover art just to freak myself out.

My view of horror as an art form all changed on one cold winter day in 1996. December 20th, 1996 to be exact (and no, dear viewers, I didnâ€™t need to look that date up). A little movie called â€œScreamâ€ opened and terrified moviegoers everywhere. It was the first film of its kind. A horror movie in which the characters in the movie had seen other horror movies. It could have been confusing and overly meta but it was all part of the fun. 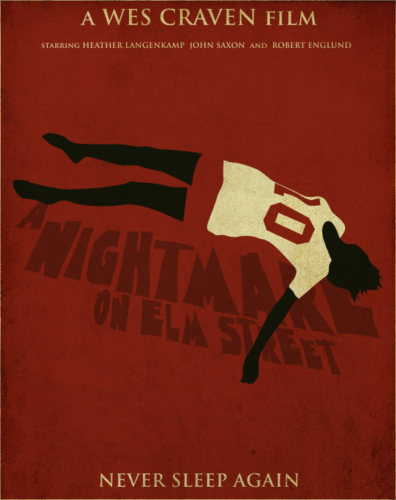 Nancy is having nightmares about a frightening, badly-scarred figure who wears a glove with razor-sharp â€œfinger knivesâ€. She soon discovers that her friends are having similar dreams. When the kids begin to die, Nancy realizes that she must stay awake to survive. Uncovering the secret identity of the dream killer and his connection with the children of Elm Street, the girl plots to draw him out into the real world.

The film goes for suspense, drama, and gore and delivers for the most part. Heather Langenkamp gives a very solid performance as Nancy Thompson, the young woman is the â€œleaderâ€ among her friends and the only one who may get out alive. Forget about Jamie Lee Curtisâ€™ whimpering performance in â€œHalloweenâ€. Here Langenkamp is the real deal and she kicks ass. A great horror film that still delivers today. Look for a young Johnny Depp who, arguably, has the best death scene in the flick.

After the dismal â€œFreddyâ€™s Deadâ€, Freddy seemed to be dead and buried for at least a few years. It, however, was in 1994 that Wes Craven came up with the radical idea of bringing Freddy back for another nightmareâ€¦a â€œNew Nightmareâ€. Gone was funny Freddy and the fresh looking 80â€²s MTV teenagers and in was a concept so unique and groundbreaking that it just couldnâ€™t work? Or could itâ€¦

But..let us start back at the beginning. In 1984, horror director Wes Craven created â€œA Nightmare on Elm Street.â€ It was acclaimed as one of the scariest movies ever made and made unknowns like Robert Englund, Johnny Depp, and Heather Langenkamp huge stars. Ten years later, Heather is living happily with her husband, Chase, and her son, Dylan. But her life has now been turned upside down because she is being stalked by a person who sounds like Nightmare villain Freddy Krueger. Chase has just been killed in a car accident after he accidentally fell asleep behind the wheel. Dylan refuses to sleep any more, and New Line Cinema has just offered her a part in â€œthe ultimate Nightmare.â€ But some other strange things have been happening, including earthquakes and Craven being tight-lipped about the script. The ultimate truth is that Freddy Krueger is actually an ancient demon breaking out into our world, but in order to do that, he must go through Heather. And he knows he can get out by harming those near her.

Sound convoluted? Pretentious? Overly meta? Shockingly, no. â€œNew Nightmareâ€ is that rare horror film in which everything works. The performances are pitch perfect, lead by a tour-de-force performance by the amazing Langenkamp. The script is full of twists and turns and the movie is quite possibly the best looking of the entire series. What starts out as a maze of mirrors becomes something much more than your typical nightmare. The film examines the role film plays on those who watch it. Something that Wes Cravenâ€™s â€œScreamâ€ would play out to great effect two years later. I really canâ€™t say enough about this film and homages to the original are expertly placed. It is one of my all time favorite horror films and a modern classic.

Forget about the 2006 version, THIS movie is where the terror really started. Itâ€™s time for Christmas break, and the sorority sisters make plans for the holiday, but the strange anonymous phone calls are beginning to put them on edge. When Clare disappears, they contact the police, who donâ€™t express much concern. Meanwhile Jess is planning to get an abortion, but boyfriend Peter is very much against it. The police finally begin to get concerned when a 13-year-old girl is found dead in the park. They set up a wiretap to the sorority house, but will they be in time to prevent a sorority girl attrition problem?

â€œBlack Christmasâ€ is that rare horror movie that gets everything right. This is a movie that just oozes atmosphere. Every frame is dripping with dread and setting the film on the Christmas just adds to the excitement of it all. Not only this but the film is also scary as hell with some excellent performances and an ending that is sure to give every horror fan chills. What is the most incredible aspect of this groundbreaking slasher film? Throughout the entire film, we see various sorority girls getting hacked to death and receiving strange telephone calls. What we donâ€™t see is our psycho, Billy. No motive, no reason, no face, no man..Billy could be anyone of us. If that doesnâ€™t make a true psycho, I really donâ€™t know what does.

3 thoughts on “Top 5 Favorite Slashers of All Time”