Over at Slasher Studios Horror Film Club we are discussing our picks for underrated horror movies that deserve more acclaim that they have received. All week we have been updating our page with reviews of these forgotten treasures and today we have for you a couple of mini reviews for horrors that doesn’t deserve to be forgotten. 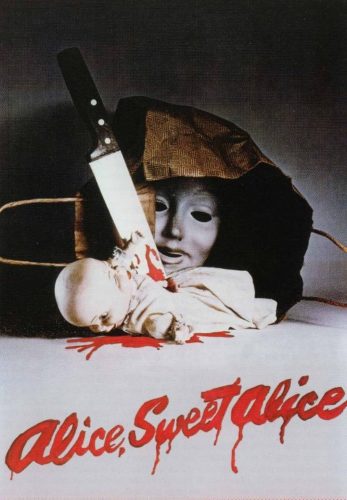 Alice Spages is a withdrawn 12 year old girl who lives with her mother, Catherine, and her younger sister, Karen. Karen gets most of the attention from her mother, and Alice is often left out of the spotlight. But when Karen is found brutally murdered in a church before her first holy communion, all suspicions are turned towards Alice. But is a twelve year old girl really capable of such savagery? As more people begin to die at the hands of a merciless killer, Alice becomes more and more likely of a suspect.

Alice, Sweet Alice is such an unappreciated gem! A young Brooke Shields is killed in church, and the prime suspect is her somewhat disturbed sister Alice (Paula Sheppard). Mix this with a creepy perverted landlord, a gruesome staircase slashing, some great cinematography, and a superb soundtrack, and you have yourself an eerie, nerve-wracking, 70’s chiller.
–RJ Sanchez

I remember watching this film on late night Showtime and loving it. I haven’t seen it in years, but I remember it was a great film, dealing with Virtual Reality and a killer Arcade machine. The effect were good for the time and the DVD currently features the original film version, I may need to pick it up. Another great film from Full Moon Entertainment.
–Eric Curto 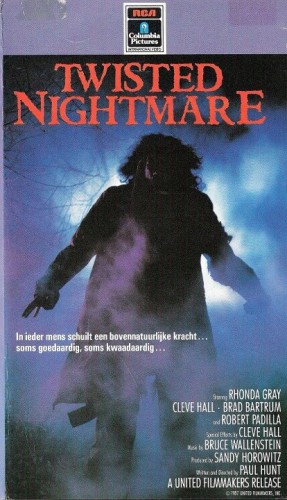 “Twisted Nightmare” 1987. Underrated and Unknown. I own it on VHS. Still has a special place in my heart. One of the first horror movies I’ve seen. The story very familiar more or less. A group of young people in a camp, an insidious murderer on the loose and a chilling score complete the flick. Low budget no doubt, but as I always say, there’s nothing better than a practical effect instead of a computer made one.
–Panos Tsiros