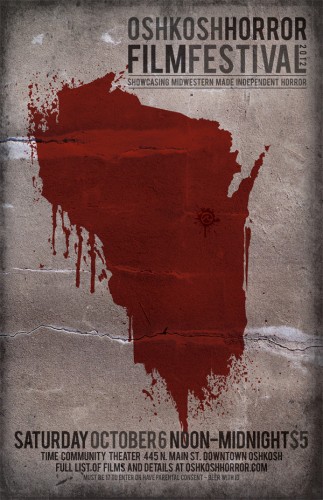 We are proud to announce both “Teddy” as well as “Blood Brothers” have been chosen as official selections of the Oshkosh Horror Film Festival. Celebrating anything and everything midwestern horror, the film festival is twelve hours of awesome horror starting at noon on October 6th and lasting until midnight. Admission is only $5, so we hope to see all you midwestern slasher fans at the screening. This will also be the world theatrical premiere of our latest film “Blood Brothers.” Also screening at the festival will be the winner of Best Gore at Elvira’s Horror Hunt, the delightfully disturbing “Baby-Sitting”, as well as the winner of Best Short, the beautifully grotesque “Other.” It’s going to be a hell of a good time. Support independent horror!