Slasher Studios is back with a brand new Inspiring Scares tale from another independent filmmaker. Today’s filmmaker is Anthony T Tran, director of the upcoming “Obliquity: Imagery of the Unknown”, as he shares the horror franchise (as well as a few other great horror movies) that molded him into the filmmaker he is today. 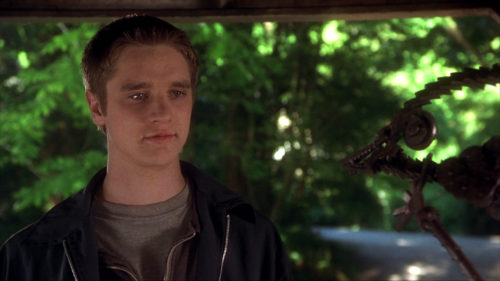 “Being introduced to horror at a later age (I saw my first one at the age of 12 as I snuck onto the Starz channel and watched the remake of “Psycho”) there are tons of horror films that I could say intrigue and influence me. There isn’t just one, but I will make mention of the different movies that may have influenced my set-ups and intricacy in our upcoming feature “Obliquity: Imagery of the Unknown”, which is looking to release in the near future.

After watching “Psycho” (remake), I told my junior high friend about it and she recommended me to watch an inventive new thriller called “Final Destination”. I went to the movie rental store with my mom and saw it on the shelf. The cover looked slick with a skull in the foreground, lightning striking, and the main characters looking at you like “you wanna know what’s going on? Rent me.” And so I did and that became an instant favorite of mine. What I enjoyed most about the movie was that it was unpredictable, you didn’t know if they were going to die or how they were going to die, the police were blaming the protagonist while the movie was shot very dark and stylistic. The fact that you are meant to follow a path is also something that may intrigue one to enjoy the series and relate it to every day life, not just in its main theme, which is death.

When a sequel came out, I was mostly happy, even though it was shot more comical and in daylight, but it added a refreshing twist to it. The sequels after have failed tremendously to live up to the originality of the earlier entries, even with 5 having a mediocre build-up. I find it highly disappointing for them to ruin such a unique franchise and make it only about gore while lacking a good story. In the seventh grade, I began to write an entire fan-fiction being inspired by the set-up, the story, and the possibility of changing your own fate. One day, I would like to make my own Final Destination that would tie in all the loose ends or at least get close to it as possible. This series also inspired me to write my first full script, which I hope to create when I can get investors and funding.

Other movies that inspire me include “Cube 2: Hypercube” for its inventive idea of being trapped in a mathematical structure that can alter space and time; the “Scream” series, 1 and 2 being the ones that stand out the most for their suspense, scenery, and guess-the-killer endings, and a couple of the “Nightmare on Elm Street” movies, mostly 1, 3, and 4. “Mindhunters”, “Flatliners”, “Memento” and “The Jacket” are also enjoyable to me.

With “Obliquity: Imagery of the Unknown” being inspired loosely by some of those ideas, you will find that college students staying awake for a grade and suppressing their emotions while in the ultimate test of their own truths is going to be an interesting and enjoyable watch. You will find this movie to be unique in its own sense due to collaborations with various artists in Greater Cincinnati, original music from people including New York, Louisiana, and of course, Ohio. Many different types of people that are involved have all contributed and joined forces to help each other get their work out there from various backgrounds – the way an indie/low budget/no budget filmmaker should be in order to find satisfaction in the art form.”

“One must collab. You cannot do everything yourself.”