Are you horror fans ready for a brand new Inspired Scare? This one comes from the co-writer and co-directer of the post apocalyptic thriller DEAD WEIGHT, the one and only John Pata. After countless film festivals, Pata has become a dear friend to us here at Slasher Studios. If you haven’t checked out DEAD WEIGHT, do yourself a favor and buy a copy NOW. It is well worth the $15 and features some of the most beautiful cinematography you’ll see in a horror movie all year. And now a little bit about the madness behind the man who helped create one this year’s finest horror films. 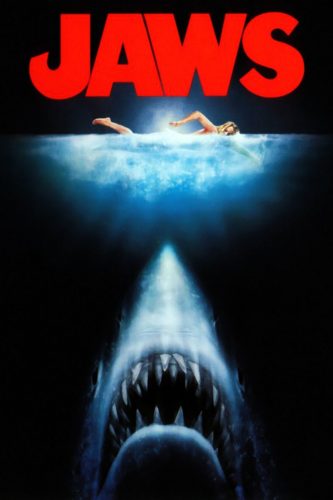 “Jaws. With a single word, moviegoers, young and old, shudder in terror. Well, at least I do. Jaws not only gave me an absurd fear of water (which didn’t truly develop until I was twentyâ€¦ Yeah, I don’t get it either), but it introduced me to the idea of filmmaking. I was lucky enough to grow up with parents who frequented the worlds of horror, sci-fi, and other types of films younger kids probably don’t get to experience. Can’t say I recall my exact age when I first saw Jaws (six or seven would be my guess), but I was informed about all the production misfortune the crew faced, including how Bruce (the shark) hardly worked during filming. Wait a minuteâ€¦ You mean there’s actually stuff happening behind the camera?!?! For the first time in my life, it occurred to me that there’s so much more to films than what you see on the screen.

A few years later I discovered a TV show called Movie Magic which, well, was all about movie magic. Here you’d get to see how creatures were made, how the animatronics were controlled, how small miniature sets actually are, and so much more. The household I grew up in was a movie household, so we all huddled around around the tube for Movie Magic, and my love for genre filmmaking continued to grow by seeing it created right in front of me. 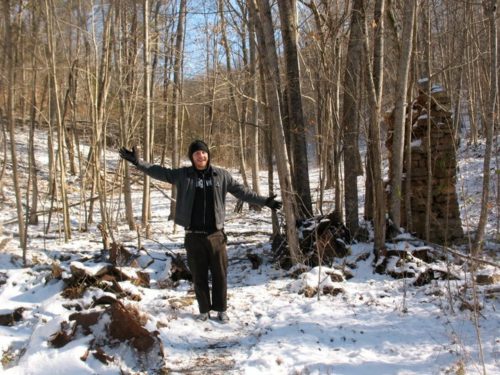 However, it wasn’t until the ripe age of ten that my love and desire to make films, especially in our beloved genre, became cemented. Going off a recommendation from a video store clerk, my best friend and I returned home with a VHS tape labeled, The Evil Dead. Those next eighty-five minutes became life defining. At that point in life, I was a horror fan, but the horror I knew was the studio horror; the Nightmares, Fridays, Halloweens, etc. The Evil Dead was a kind of horror I was not familiar with. It was raw, dirty, and honest. It was even more ruthless, relentless, and gruesome. It was the best fucking thing I ever saw, and still is to this day. Between the camera work, the horrific turn of events, your friends becoming the evil, how nothing is safe, and it’s powerful grip never lets go once it grabs holdâ€¦ I lost my mind. Sure, people say that phrase quite often, but I feel confident in saying that’s what happened. I hopped on my bike and flew to an estate my mom was running, and words exploded out of my mouth about a blood-soaked bliss I am positive made absolutely no sense to her. But I tried to explain what I just saw, and instead of trying to reiterate how unbelievably amazing it was, I sped back home to watch it again. From that point on, I wanted to see everything the genre had to offer. I was possessed, and there was no turning back. Obsession is probably the most fitting way to describe the last eighteen years of my life.

The Evil Dead represents everything I love about filmmaking (even if I wasn’t aware of this when I was ten); it wasn’t about money, it wasn’t about fame. It wasn’t about anything more than wanting to create a project out of passion and dedication. It’s true independence in the form of raising the money on your own, heading into the woods with the cast and tiniest crew imaginable, and spending months (which quickly turns into years) grinding away to make something you don’t know if anyone will ever see. It’s the attitude of not caring about anything else than what matters to you. Over the years (and tons and tons of reading later) I realized this, and it’s always been my biggest influence and inspiration, I know it will always be. No remake will ever be able to comparable (sorry, had to get that in there).”

To buy a copy of DEAD WEIGHT or to check out the film at an upcoming horror festival (there are three happening this weekend, hint hint):
http://carryingdeadweight.com/