Today at Slasher Studios, we are finishing off our week of Inspired Scares by taking a look at filmmaker Kerry Beyer, the director of the awesomely 80’s style slasher Spirit Camp, Deep Terror, Code of Evil. He is also acting in the upcoming horror flick Jacob with Michael Biehn. Here he shares with us his terrifying tale of Inspiring Scares.

What movies scared the shit out of you as a child? Lots of films come to mind, but for me, it was Alien. Iâ€™ll never forget begging my mom to take me to see it as a child. â€œNow you know, this isnâ€™t going to be like Star Wars,â€ she said. I donâ€™t think either of us knew what we were getting intoâ€¦ it was the only time Iâ€™ve ever had to leave the theaterâ€¦

As I think about it now, I can only imagine what was going through my momâ€™s mind during the â€œchest-bursterâ€ scene. But that wasnâ€™t the scene that freaked me outâ€¦ I was hanging tough until the point where Ash (Ian Holmes) got his head knocked off. At that point, I had to leave. 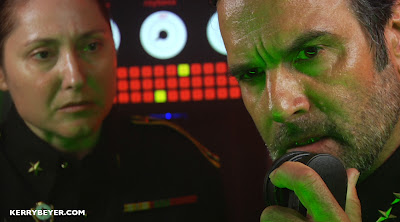 All of that milky looking goop, spewing out of the gaping hole where Ashâ€™s head should be, really made me queasy. At that age, it was very unsettling.

As we made our way across the parking lot to the car, I had time to regroup and I begged my mom to take me back into the theater. I must have threatened a temper tantrum, or at least made a very persuasive argument, because for whatever reason, she acquiesced and we were shortly back in the theater.

I think about the power of the filmmaker in that momentâ€¦ telling a story so compelling that an audience member would endure severe discomfort in exchange for the pleasure of a well crafted and satisfying narrative. 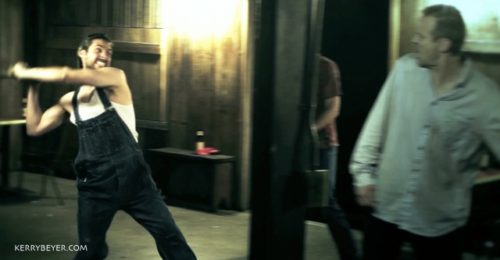 Alien is the embodiment of the â€œfinal girlâ€ story structure that is seen in so many horror films, from modern gore-fests to 80â€™s slashers. â€œRipleyâ€ is definitely the spiritual mother, so to speak, of the character â€œNikkiâ€ in my first film Spirit Camp. At the core, they are both stories about female empowerment â€“ a young woman overcomes her weaknesses, finds her strengths, and vanquishes an insurmountable villain.

The beauty of film, perhaps more than any other medium, is the ability to engage audiences on such a visceral level, manipulating emotions from joy to anger, terror to delightâ€¦ hopefully, leaving audiences better for having taken the journey – even if that means terrorizing the living shit out of them in the process. It is that allure that has compelled me to become a storyteller.