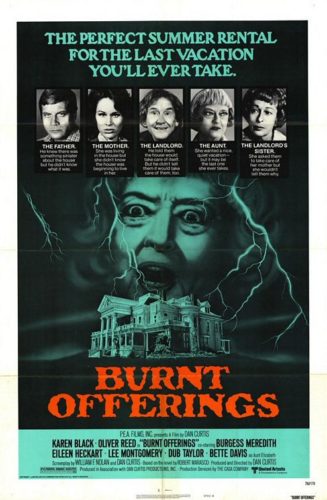 The ending of this movie is GENIUS. Genius I tell you. The rest of the film? Not so good. This is one of those movies in which a slow burn is confused with waiting around for an hour and a half for something to happen. Not a whole lot works here. The performances are either dull (Black and Reed) or screechingly over-the-top (Davis and Meredith) that you really donâ€™t get a good grasp on any of the characters. That being said, the ending makes this film worthwhile. The sheer gutsiness of the filmmakers to decided to go with this dour and downbeat ending has to be commended. If you are bored you could do far worse but I donâ€™t think this is a movie that HAS to be watched. Then again, most movies arenâ€™t. That said, I still love the bat shit crazy Karen Black.