The results are in everyone! We have for you today the top 20 slashers of all time as decided by YOU, the slasher fans. We will be looking at numbers 20 through 11 and next Friday we will count down the top 10 best slashers of all time! Are you ready for a blood red Christmas? 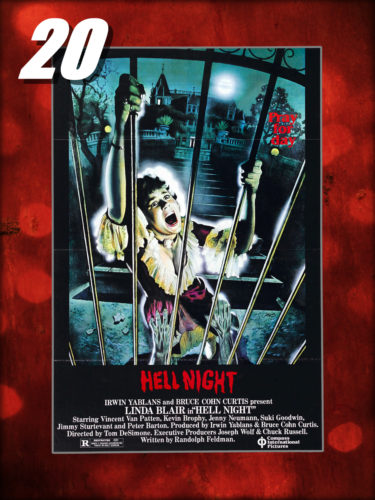 #20–HELL NIGHT (1980)
A very underrated Linda Blair slasher that is heavy on atmosphere and light on gore. Lots of fun with a great final chase scene. 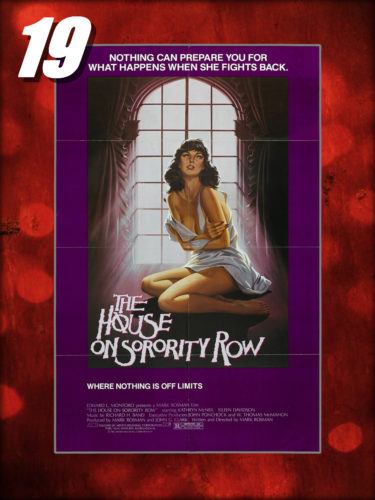 #19–HOUSE ON SORORITY ROW (1983)
A “classy” slasher that has aged far better than most of the horror films from the same era. Great characters and a wonderful setting help make this a slasher to die for. 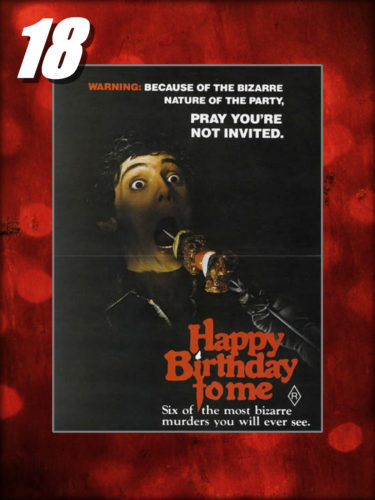 #18–HAPPY BIRTHDAY TO ME (1981)
Great ad campaign, likable characters, and some pretty kick-ass deaths make this “Birthday” one to remember. 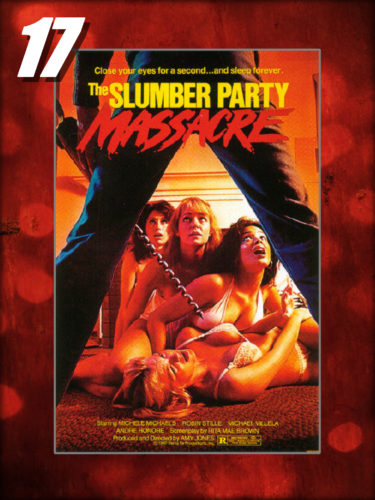 #17–SLUMBER PARTY MASSACRE (1982)
You bring the pizza, I’ll bring a drill. The first slasher on our list not to take itself completely seriously, “Massacre” is tongue-in-cheek but delivers the bloody goods. 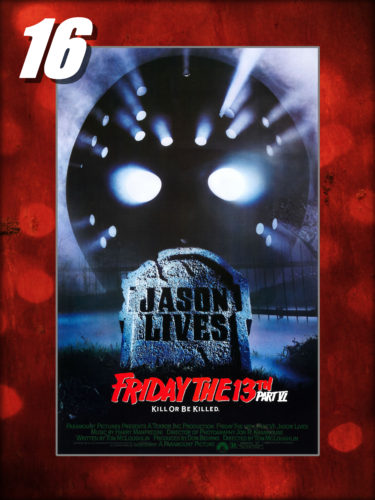 #16–FRIDAY THE 13TH PART VI: JASON LIVES (!986)
Quite possibly the strangest slasher on this top 20 list, I love JASON LIVES as much as the next slasher fan but didn’t know there was so much love for this comedy-horror sequel. Maybe it’s Megan? 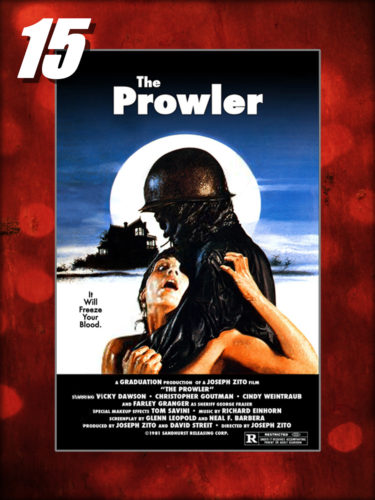 #15–THE PROWLER (1981)
A grisly and mean spirited slasher with a lot of punch and a lot of blood. Great final girl and amazing Tom Savini fx make this slasher flick a must see. 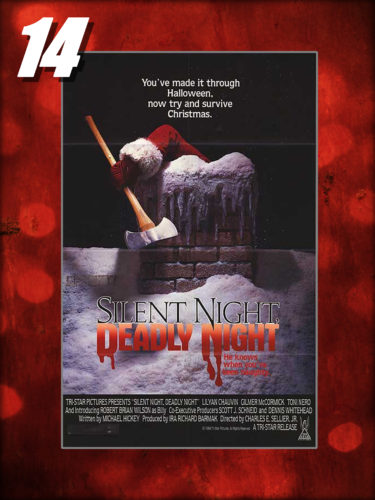 #14–SILENT NIGHT DEADLY NIGHT (1984)
The controversial Christmas slasher that was pulled from theatrical release by TriStar after two weeks when an angry mob of parents protested at the theater. One of the more sympathetic killers of all time and it is now available again on DVD to purchase for the first time in years. 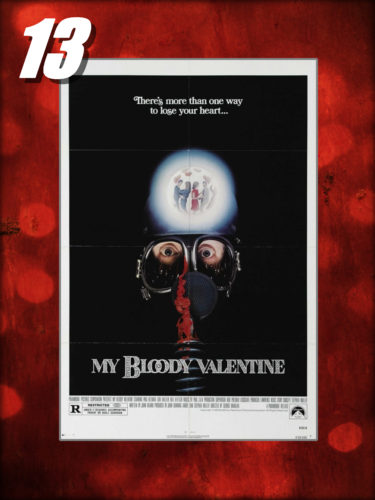 #13–MY BLOODY VALENTINE (1981)
Another mean spirited slasher, “Valentine” was raped by the MPAA upon release and the uncut version is now available on DVD and Blu-ray. Highly recommended stuff for those that love holiday horror. 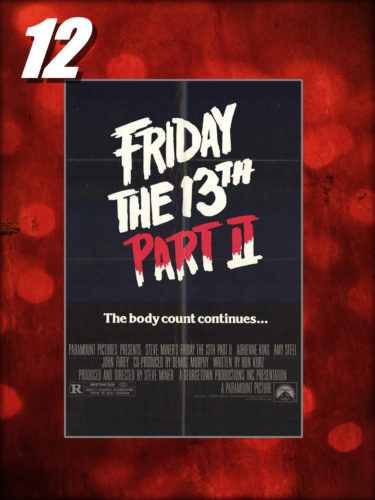 #12–FRIDAY THE 13TH PART II (1981)
My favorite of the “Friday” sequels and it looks like you slasher fans agree. A scary potato sack Jason, a wonderful final girl in for the form of Ginny (played by the uber-underrated Amy Steel), and a jump-out-of-your-seat ending make this a near perfect slasher sequel. 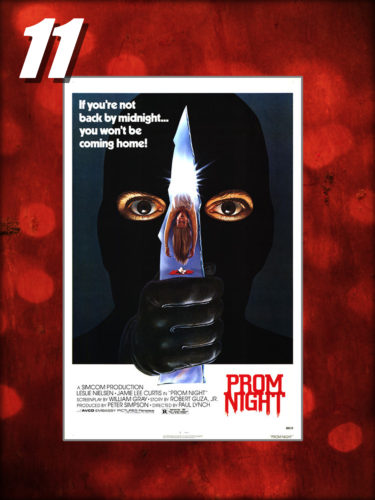 #11–PROM NIGHT (1980)
One of the better revenge slashers from the early 80’s with a great disco prom and killer theme song. Jamie Lee Curtis’ best horror performance outside of Laurie Strode and the ending is chilling.

2 thoughts on “Slasher Fans Unite: Top 20 Slashers of All Time (Part One)”