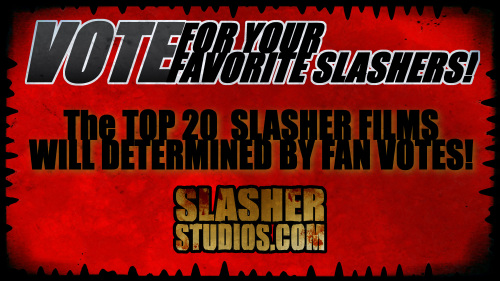 Earlier this month we asked YOU the slasher fan to decide what slasher flicks would make the top 20 slashers of all time. Last Friday we revealed numbers 11 through 20 on the list and now we are back with the ultimate top 10. Any surprises? Any films that should be on this list but aren’t or films that you believe are on this list but shouldn’t be? We want to know what YOU think! Now, we have the top 10 slashers of all time. The gore, the merrier. 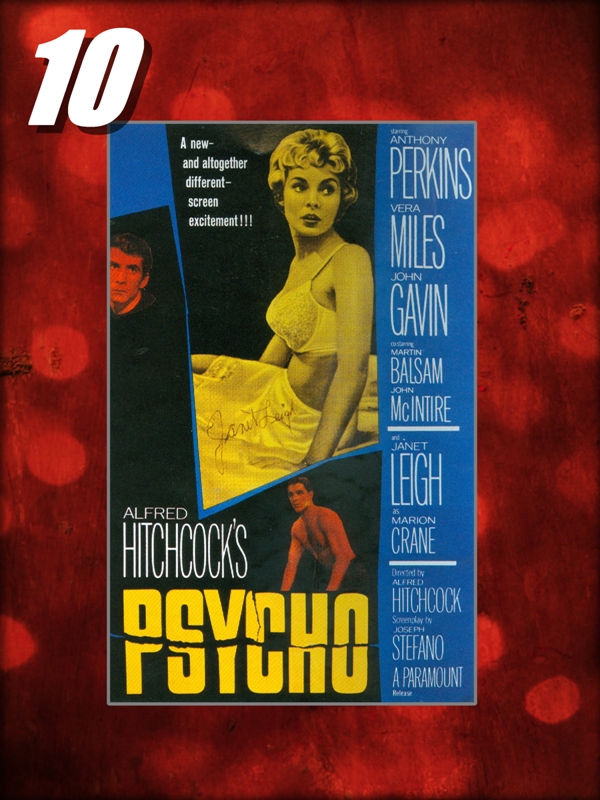 #10-PSYCHO (1960)
The granddaddy of all slasher films. Fifty years after thrilling audiences around the world, the film holds just as much of a punch as ever. An absolute classic that genre fans will still be talking about fifty years from now. 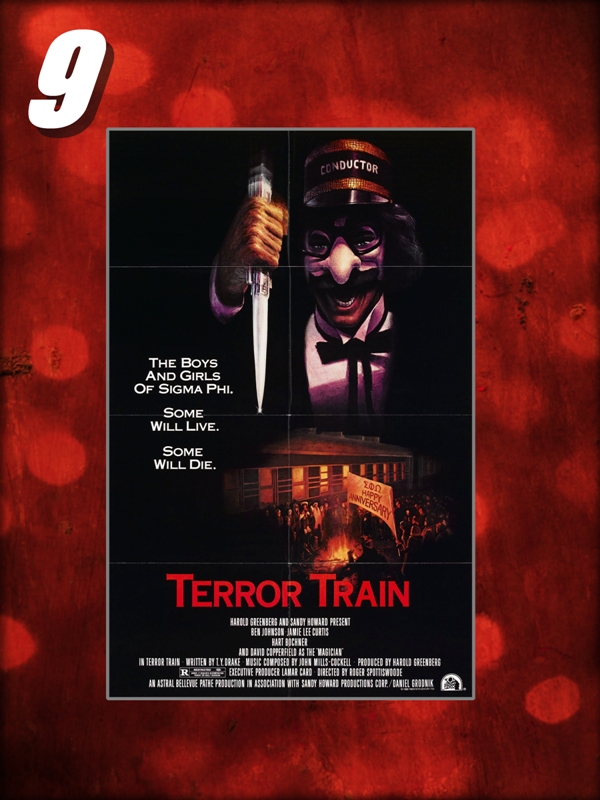 #9-TERROR TRAIN (1980)
I’ve loved this slasher since I first saw it as a young child but I am honestly shocked it ranked this high. It appears that slasher fans prefer this one to the more often cited PROM NIGHT. Love the villain, love the revenge, love the setting. Also, the new HD remaster from Scream Factory is beautiful. 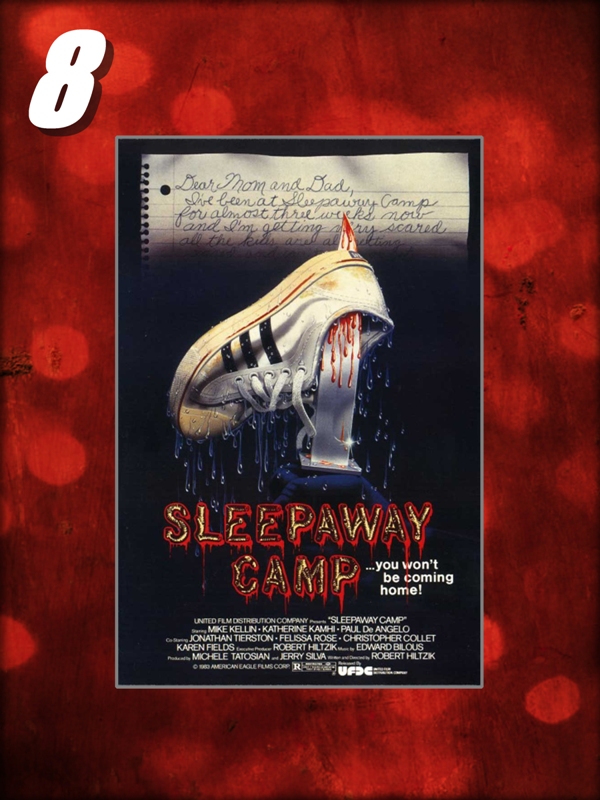 #8-SLEEPAWAY CAMP (1983)
The slasher with the best twist ending in the history of umm..ever?! Campy, over-the-top, and lots of fun with a nice little mean streak. 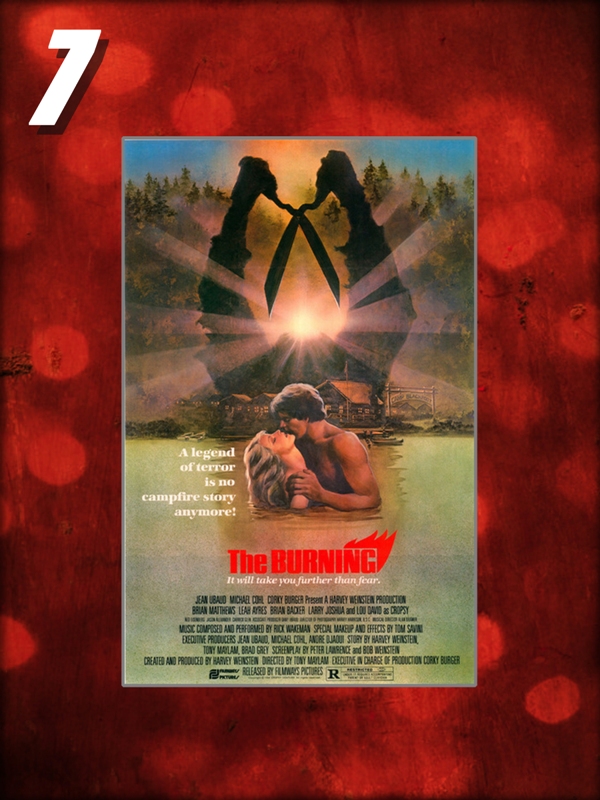 #7-THE BURNING (1981)
Why is it one of my favorite slashers of the 1980â€²s? Simple. The deaths. And I do mean the deaths. The deaths in this splatter film have to be seen to be believed. Everything that you would want to see with garden sheers to nubile teens are done to extraordinary effect. 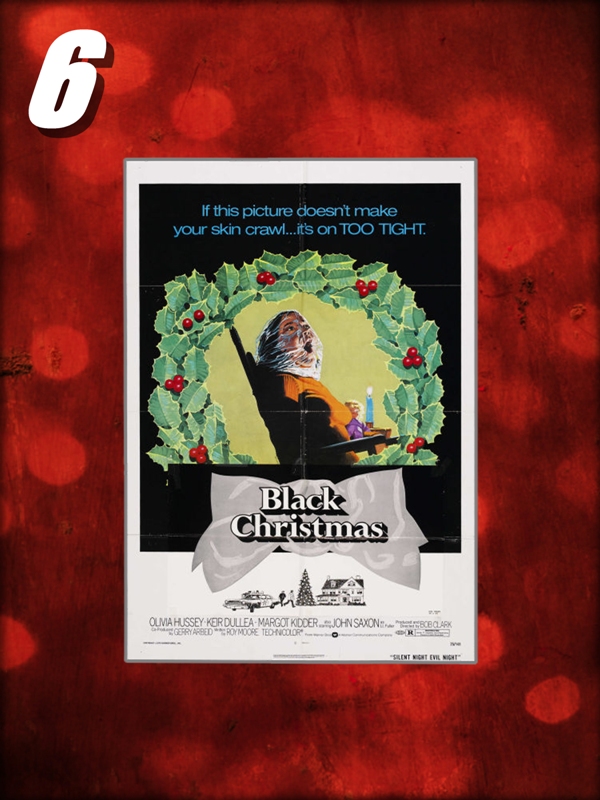 #6-BLACK CHRISTMAS (1974)
Black Christmasâ€™ power is impossible to deny; its characters are compelling, the imagery poignant, and the acting top-notch. If you havenâ€™t seen it yet, you are in for one scary â€œChristmasâ€ treat.

#5-THE TEXAS CHAINSAW MASSACRE (1974)
From the weird & creepy music to the seriously frightening screams of Leatherface, Massacre is one of the scariest films you could ever see. 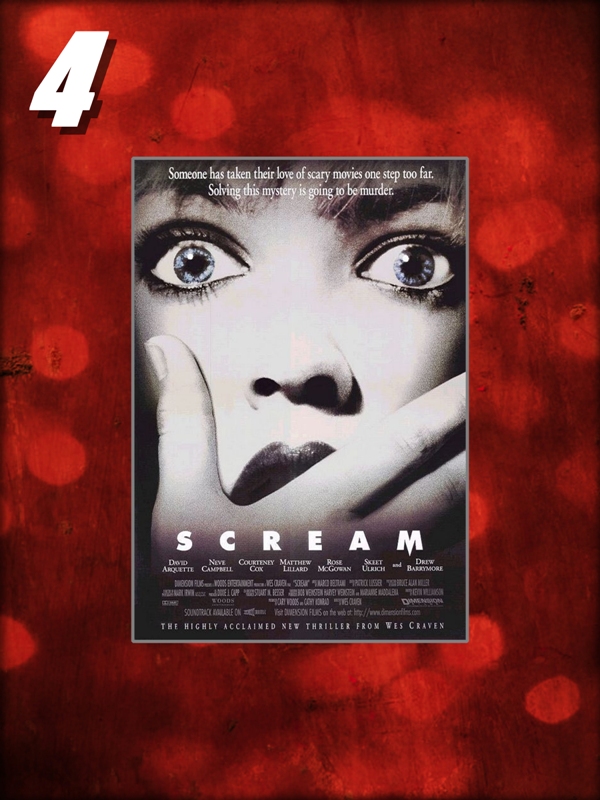 #4-SCREAM (1996)
As Brian C. Tyler says in his review of the film for Slasher Studios, “Everything from the opening title with the sound of a phone ringing to the quick scare at the very end is full of great storytelling, lovable characters (and actors), lots of tension, great dialog, clever film references and most importantlyâ€¦ lots of blood.” 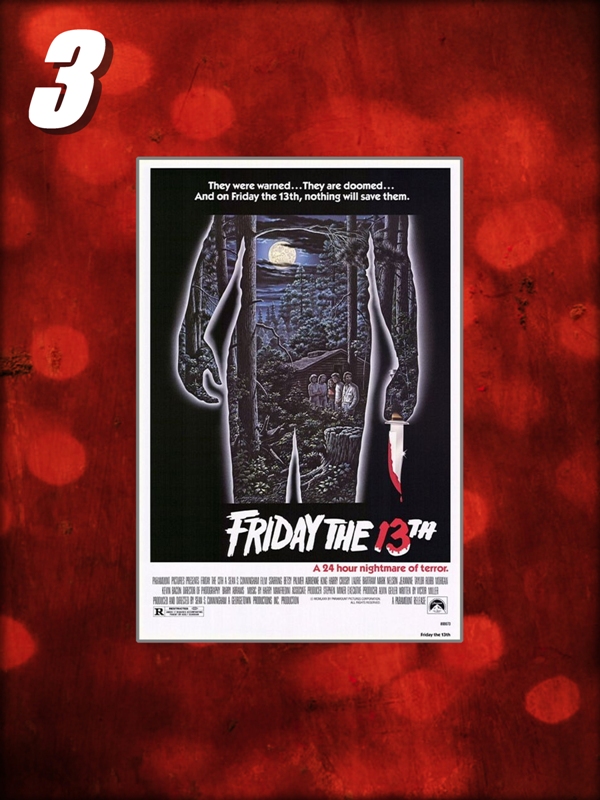 #3-FRIDAY THE 13TH (1980)
This little film was the perfect storm story, setting, characters and score. When these main aspects of a film are working together, there is not much that can go wrong. Slasher fans always hav a great time with Friday The 13th and many films owe much to the one.

#2-A NIGHTMARE ON ELM STREET (1984)
A Nightmare on Elm Street is an unbelievably original, terrifyingly realistic, and overall terrifying that, despite a weak ending, is one of the best horror flicks of the quarter of a century. 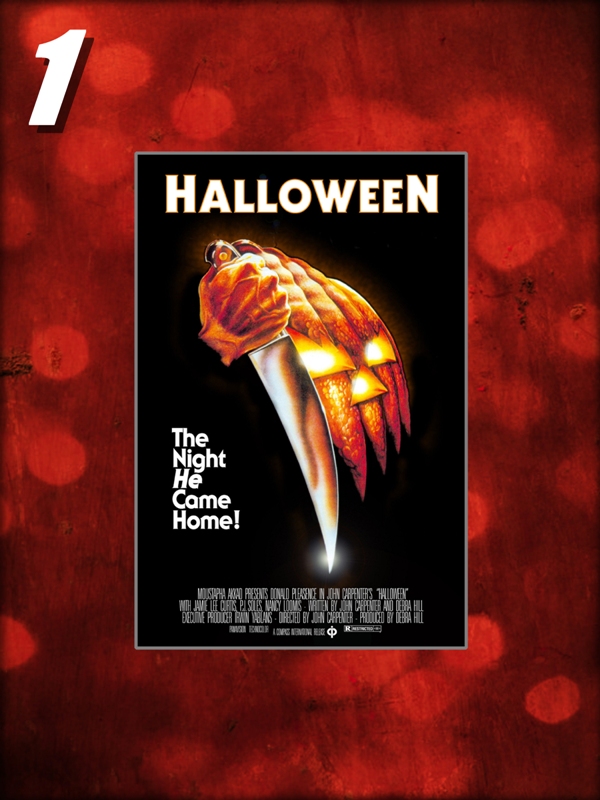 #1-HALLOWEEN (1978)
As Joshua Dean states in his review for Halloween at Slasher Studios, “While Black Christmas may have done the â€œyoung people stalked by a killerâ€ concept first, Halloween takes it into a different direction. Itâ€™s not really a slasher film. Itâ€™s very much a one-on-one stalker movie until the final third of the film. These girls just happened to catch the psychotic killerâ€™s eyeâ€¦ and now he is fixed on them. And while directly inspired by Hitchcockâ€™s classic â€œPsycho,â€ Halloween inspired scores of slasher films itself, starting with the more straight-forward â€œFriday the 13thâ€ (a legend in its own right).”

1 thought on “Slasher Fans Unite: The Top 10 Slashers of All Time”