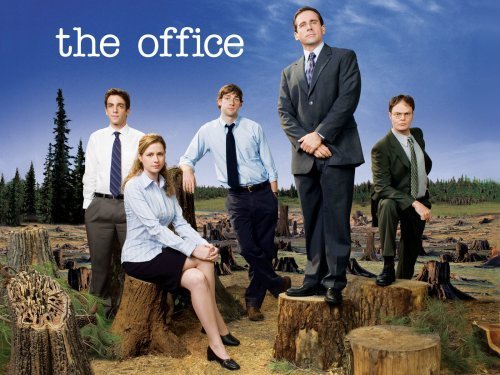 Not Quite Horror contains reviews of films not traditionally considered horror films. By analyzing them as horror films (identifying the monster, discussing the shared worry for the audience and the main characters, and understanding the depth of horror available to the viewer), who knows? There more than one way to watch a movie.

The Monster: A nearly-mandatory dinner party at boss Michael Scottâ€™s (Steve Carell) turns his condo into a labyrinth and his live-in girlfriend Jan Levinson (Melora Hardin) into a beast.

Long past her days as a successful business professional, Jan Levinson has become a symbol for unashamed, unbridled sensuality. She dances seductively to music, tries to get investors in her candle company, insists dinner be prepared perfectly, and harasses Pam (Jenna Fischer) because she considers her a sexual rival. When the evening spirals out of control, Levinson breaks Scottâ€™s prized TV by throwing a trophy through it.

The Horror: The Office, as a location, cannot abide sensuality. Levinsonâ€™s behavior is too much for her dinner companions to tolerate. New couple Jim (John Krasinski) and Pam tiptoe past serious displays of affection with humor. Andy and Angela are polite and reserve to the point of being repressed. Michael Scott canâ€™t handle any talk of sensuality without resorting to adolescent humor and giggling.

With her prominently displayed cleavage and her lack of subtlety, Jan Levinson destroys the boundaries these characters have spent years developing. Each moment trapped in her presence threaten to expose hidden desires none of them can bear facing.

The Shared Fate: For anyone horrified about sharing their sensual sides, being trapped with an out-of-control Jan Levinson is a very realistic threat indeed.

The hero of this episode may be found in an unlikely person. The only person impervious to Levinsonâ€™s reign of terror is the ever-awkward Dwight K. Schrute (Rainn Wilson). He may be saddled with legions of his own personal problems, but he is not afraid of sensuality. He leers at his former lover Angela, dresses comfortably, and brings his own food so he doesnâ€™t have to wait for dinner.

For this one dinner party, Dwight K. Schrute is a role model. He embraces his own sensual side and cannot be held hostage by the Jan Levinsons of the world.