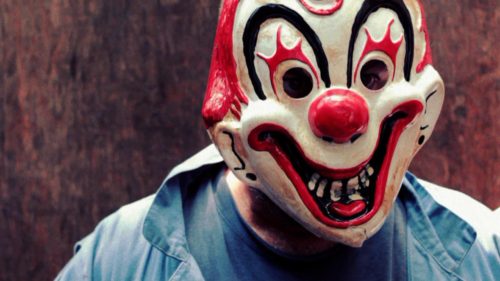 Slasher Studios recently had the chance to chat with director Brandon Tobatto about his upcoming slasher flick “Loon.” The film follows a brother and sister on their journey to uncover the mystery of an old abandoned carnival attraction and the maniac that supposedly thrives within. Sounds like lots of fun indeed and looks like Brandon has a great slasher on his hands.

How did you become interested in the horror genre and what made you decide to become a horror filmmaker?
I became interested in the genre simply by exposure to it at a very young age. When I was around 3 or 4, I began watching horror films and, in not time, was hooked. This became an obsession that would run the course of my entire life and continues today. Then one day being a voyeur of the horror genre was no longer enough. I had too many ideas and too many characters that needed to be brought into existence. I guess you could say it just rose out of an artistic need. And here we are.

Tell us a little bit about Loonâ€¦
Loon is, in a nutshell, tells the story of a brother and sister who, along with their friends, journey to explore the decades-old ruins of an abandoned carnival haunt and uncover the mystery of the supposed masked maniac that lurks within. Little do they know the mystery soon turns to reality in a very disturbing and violent way.

Making a slasher film today is difficult and many believe the genre is dead. What are your thoughts on the state of slasher films today? How does Loon stand out from the norm?
The state of slasher films themselves does seem to be a bit bleak at the moment. I mean, we have horror films and thrillers and what not, but slashers? I donâ€™t know what happened, but we donâ€™t really have any current mainstream slasher icons wreaking havoc in the genre nowadays. Sure weâ€™ve had a few remakes here and there, but nothing has kick started the slasher franchises of old. The new Texas Chainsaw didnâ€™t meet expectations and sort of crippled the timeline. Scream 4, depressingly, didnâ€™t pave the way for future sequels or make any kind of difference in the genre. Itâ€™s sad. Instead we have found footage films and cheap pop-out-and-scare-you movies; throwaway films. However, I can say that there is ONE series that stands out from this boring absence of real horror, and its name is HATCHET. The Hatchet franchise, albeit underground and straight-to-DVD, is a terrific return to the slasher days of old and brings us a completely original killer to go along with it. Itâ€™s also perfectly laced with nods to previous 80â€™s horror films. I love it and I canâ€™t wait to see part 3. But as far as â€˜LOONâ€™ is concerned, I think the horror audience can expect a return to the slasher genre, but with the solidity of a fluid story that feeds off of little factors throughout the film and then back into itself. This is not a cut and dry, black and white series of events where a girl gets killed and then a guy gets killed and so on and so forth. No. This is a very deep and expansive story that happens to have, in my opinion, one of the most violent and creepy killers ever to grace the genre. I canâ€™t wait to show it to an audience.

Any homages we can expect to other classic slashers?
In my mind, subliminally, Iâ€™m sure thereâ€™s many traits in this film that echo to horror pics of the past but I canâ€™t think of anything weâ€™ll be adding that directly throws back to anything. When we were in the early development stages I thought about adding this and that but it very quickly became clear that I needed to develop something completely original, both story and character wise, and then, if nods happened, they happened. So if there IS anything in this film that COULD be considered an homage, it most likely wasnâ€™t intentional. I felt horror needed a clean plate and hopefully this one dishes it up on a nice, new platter. 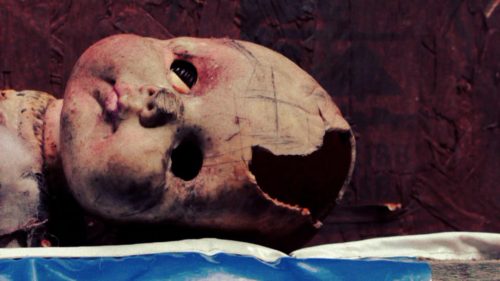 You have a wonderfully creepy promo poster for the film. Who created it and what went into the concept of the artwork?
I actually created the poster myself. I knew I needed an early promotional teaser poster to help spread the word on the film so I thought what a better way than a big in-your-face image of the mask itself. Add some creepy lettering to get the message across and some strange texture and boom- you got yourself a pretty nifty, pretty terrifying promo poster. Photoshop is a great tool for filmmakers and practically anybody working in the art field.

With the carnival setting and oh so many ways to kill, what can slasher fans hope to expect from deaths in the film? Practical vs. CGI?
The deaths in this film will NOT be the main focus, unlike most slashers. Instead, the focus will be on the characters themselves and the story, with the creepy undertones of the setting fueling the gloom of the film. I want the deaths to accent the story, not compose it. However, on the other hand, thatâ€™s not to say there isnâ€™t a lot of death in this film. No. Quite a few people will meet their end by the end of this movie. And not a good end at that. When dealing with the kills in LOON, I wanted them to feel very violent, very painful, and I wanted the death scenes to carry a lot of weight. These are characters that, hopefully, the audience has come to know and care about. And for these characters, their realities have been forcibly destroyed by this maniac. I donâ€™t want the deaths to be funny or celebrated. This is not a good situation. This killer is not a hero or a role model. These characters had lives and, for simply stepping into the â€˜wrong part of townâ€™, so to speak, had their lives stamped out. I want the audience to feel that loss, to feel the life slipping away and to feel the anger of the killer as he takes that life without hesitation. Donâ€™t expect a lot of gore and gross-out. Expect real, painful, and disturbingly violent depictions of death.

What is the status for the film production wise and when do you hope to have a release date set?
The film is currently shooting principle photography, with promo, editing and musical scoring of the film happening concurrently. We hope to have everything in the can by late June with the film completed by late July. We have no set release date at this point. 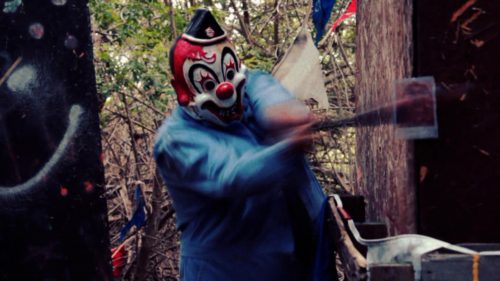 What is the plan for the film once post has wrapped? DVD, VOD, Film Fests, etc?
The film will be submitted to Screamfest L.A. 2013 and also to Sundance for their 2014 festival. Hopefully the film, if accepted to both or one of the festivals, will garner enough of a fan base to at least make a splash when the film releases on DVD, or better yet, get picked up by a distributor and become something bigger than any of us could have ever hoped for. That would be the prime outcome of this film, but all in all, there will be a home video release of the film on DVD that will be available online. Cross your fingers.

Without giving too much away, is there a chance for a sequel? Is this the start of a new franchise?
I have this story setup in a way that it can expand and continue on in many, many future films. I love the idea of horror franchises and sequels seem to do the best within the horror genre. So, hereâ€™s hoping that LOON turns into something more than just a stand-alone film. I donâ€™t want to give anything away but if a sequel opportunity ever presents itself, the story is already in place.

Thanks Brandon for the interview and make sure to like Loon on Facebook for all the slasher updates on the feature.