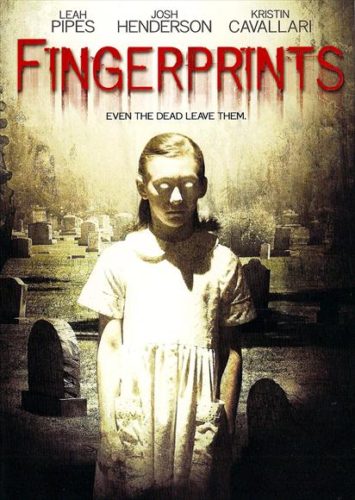 The ï¬lm starts out with ï¬‚ashback showing bus-full of young children on a dark stormy night on their way back from a class trip. As the parents of the children wait for them by the train tracks, they see a train coming from the distance. As the parents frantically try to warn the bus driver of the oncoming train, the bus keeps driving. The parents then watch in terror as the train collides with the bus, killing everyone inside.

Cut to modern day and we see Crystal (Kristin Cavallari) is the one telling the story to her sister Melanie (Leah Pipes) who is fresh out of rehab after a near-fatal drug overdose that took the life of her boyfriend. Crystal then tells Melanie of the legend that if you park your car in neutral on the train tracks of the accident, the ghosts of the children will push the car across the tracks. Melanie laughs about the urban legend that has surrounded the small town that her family has just moved into. Upon arriving home she is greeted by her father (Darryl Cox), who is happy to have her home, her mother (Ginger Gilmartin) on the other hand isnâ€™t pleased. During her ï¬rst week at school, Melanie struggles with not only being new, but also being the talk of the school regarding her stay at rehab. She attracts attention from the snobby head cheerleader, Carolyn (Ashley Wyatt), and the class jerk Mitch (Andrew Lawrence), but also the attention of Penn (Josh Henderson), who has a dark past of his own. On top of all of her high school drama, Melanie begins to see a young girl wandering around the train tracks area. But as the sightings increase, so does the body count. When no one in her family, her school shrink (Lou Diamond Phillips), and the town sheriff believes her and she begins to be blamed for the disappearances, Melanie believes thereâ€™s more to the town legend than sheâ€™s been lead to believe. Itâ€™s now up to Melanie to ï¬nd out the truth behind the legend and ï¬nd out whoâ€™s behind the killings before she and her loved ones become the next targets.

Directed by Harry Basil, Fingerprints is an indie horror ï¬lm that won the award at the New York City Horror Film Festival for Best Feature. We are given a young hot cast featuring Leah Pipes as our lead girl (who later went on to star in Sorority Row), and she does a solid job at it. Former Laguna Beach star Kristin Cavallari stars as Melanieâ€™s popular cheerleader sister Crystal, who really doesnâ€™t do that bad of a job here, but also isnâ€™t given a whole lot to do besides look hot. Josh Henderson also isnâ€™t given much to to do either as the love interest to Melanie, but still gives it his all. Former Disney star Andrew Lawrence really breaks his Disney image as Mitch, the angry, over-sexed, drunk bad boy. Ginger Gilmartin also leaves her mark on the ï¬lm as one of the most AWFUL mothers in ï¬lm history, you are just waiting for her to die. The movie has some really over-the-top moments, some mildly weak dialogue, and underused characters, but that didnâ€™t stop this viewer from enjoying the story, and watching all of the secrets unfold. Backed by a solid performance from Leah Pipes, and nice mystery/supernatural/slasher story, and some nice kills for a low-budget ï¬lm, this is one indie horror ï¬lm that I really enjoyed.