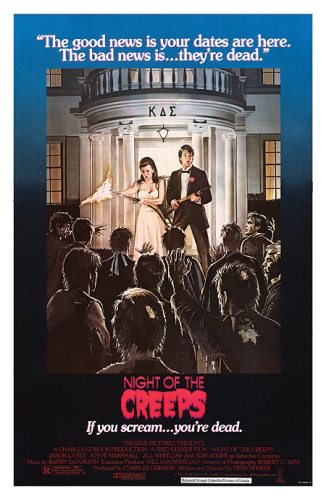 â€œNight of the Creepsâ€ is a forgotten classic from 1986 that mixes just the right amount of humor with a nice dose of jump scenes. When the film was first released, it grossed only $500,000 at the US box office before being unleashed on VHS and on pay stations everywhere. I remember the first time I saw it being scared out of my mind and begging to sleep on the floor of my parents bedroom. While the film doesnâ€™t scare me as it once did, the effects and the acting both hold up quite nicely. If the film does drag a bit in the second act, it comes roaring back for a killer finale. Good stuff all around.