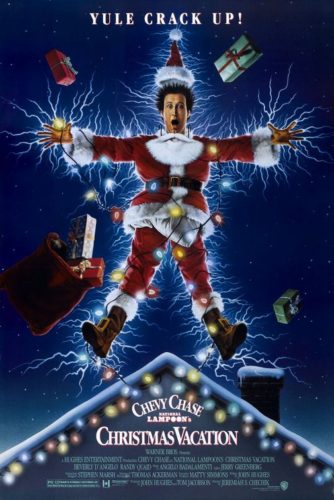 The Monster: Clark Griswold. It would be difficult to find a more loveable and well-meaning monster in the history of film, but his monstrosity stands for itself. Clark (Chevy Chase) refuses to compromise on his fantasies of idyllic family holiday time. Spoiled by doting parents and encouraged by an overly forgiving wife (Beverly Dâ€™angelo), he will stop at nothing to recreate his own childhood, even if he ruins Christmas for his own children in the process.

The Horror: By the time the Griswold family Christmas is ruined, Clark has nearly killed his family in a car accident, killed himself decorating, and killed his neighbors with reckless behavior. Clark is unable to recreate his childhood fantasy of a perfect Christmas, in large part due to Cousin Eddie (Randy Quaid) also refusing to give up on his childhood. Ignoring the children in the house, Clark puts on his Santa outfit and grabs a chainsaw . . .

The Shared Fate: Adults are all survivors of childhood, but some adults never really get past it. Clark is so committed to recreating his childhood joys he orders Cousin Eddie to kidnap his boss. He thinks he does so in jest.

Who will be holding you hostage this holiday season?