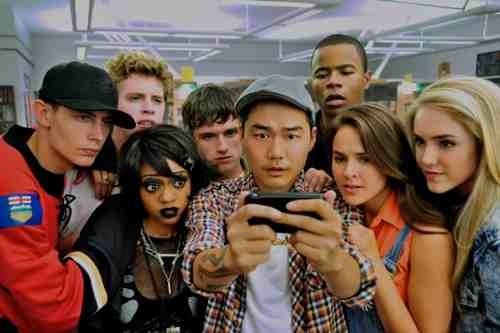 This day in age, we have come across very few Scream Queens who actually make the cut of having potential. Hell, good Scream Queens are hard to come across these days, period. However, Shanley Caswell, is definitely one who has a bright future ahead of her if she continues down the horror genre route.

Shanley Caswell received her breakthrough role to the horror genre in 2012 cult film Detention. Caswell played our lead girl Riley Jones, who is portrayed as being quite the intellectual in pop culture, the horror genre, quick-witted, and the most adorably awkward female lead in horror history. Not only were we given a very fun and strong character to relate to in the film, but it was all in thanks to Caswellâ€™s brilliant performance. She played Riley with such ease, and got so into the role, you could almost believe this was actually how Caswell is as a person. Not only this, but she also gained major points for having a very excellent scream (because letâ€™s face it, you canâ€™t be a Scream Queen with a terrible scream).

Her next major film was the 2013 supernatural hit The Conjuring. Although Caswell played a somewhat minor role as one of daughters in the film, she still brought a solid performance to the role when it came to expressing her fear during the filmâ€™s supernatural occurrences. She also was fortunate enough to be featured in one of (if not the most) creepiest moments and the biggest jump scare in the film involving one of the ghosts on top of her wardrobe.

Besides these two major films, Caswell also has the Direct to Video horror film Snow White: A Deadly Summer where she plays a modern day Snow White, and the upcoming film High School Exorcism under her resume.

Shanley Caswell has all of the elements to be a brilliant addition to the Scream Queen list. Sheâ€™s beautiful, she can get completely into character, and most of all, she can scream. Many of us can only hope that we will see Caswell grace us in more horror films in the future. Especially this horror fan.