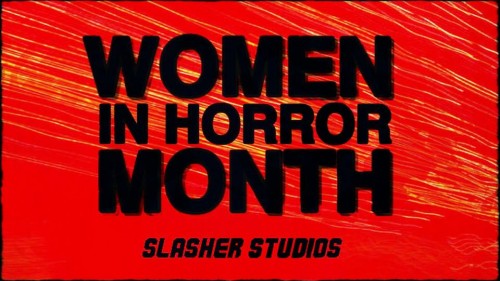 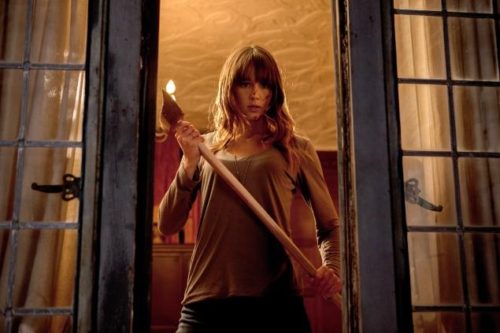 Most people obsess over the killers in horror films, but ever since I was a young obsessed horror-loving boy, Iâ€™ve had a love for the final girls. The final girl is a major staple in the slasher subgenre, as in my opinion you need that one character you root for and you want to live in the end. Over the years there have been some downright great final girlsâ€¦but the best final girl weâ€™ve had in years would be Erin from Youâ€™re Next!
Erin is a wonderful character that you instantly fall in love with right away. She isnâ€™t your clichÃ©d final girl, which I loved. She isnâ€™t a perfect virginal good-girl, and she is the one who convinces her boyfriend to buy a bottle of boozeâ€¦but there is just something adorable and likable about her right away. The way she wants to impress his family and just the way she acts around Crispian, her boyfriend, you instantly like her. But what truly sets her apart from other final girls is when the horror starts.

The moment the shit hits the fan, she is on the move. She is doing her best to protect herself and everyone else. She really shows how selfless she is when she gets everyone out of the room when the first arrow flies, way before she even runs herselfâ€¦and then for the rest of the movie she shows how smart she is. Erin is always one step ahead, because the killers think theyâ€™re viciousâ€¦but Erin is even more so. She uses everyday household tools in ways Iâ€™ve never seen before and in one scene involving a blender, I stood up and cheered in my seatâ€¦of course I was alone in doing that in the theatre (I got a lot of stares). What brings it all together is Sharni Vinsonâ€™s superb performance as Erin. She truly sells her character and she is perfect in every scene. She is adorable, sweet, smart, tough, and just badass. I heard the actress did her own stunts and she really takes a beating in the movie. I hope she sticks with horror, because with more performances like this, Sharni could be the next big scream queen.

I would argue that Youâ€™re Next has one of the best final acts in any movie ever. Itâ€™s pretty much an extended chase scene and is just Erin pitted against various killers, and this section is just wonderful. It works because Erin is such a great character that weâ€™re so invested in. We want her to live. Another plus is how well developed the character is. Iâ€™ve heard people complain that her character wasnâ€™t developed and I actually completely disagree. Yes, she explains the way she was raised later in the film, but even before that we see how she acts with people and through little lines here and there we learn tiny details of insight into her mind. She was a woman who did not have a happy upbringing and she obviously yearns for a normal family and happiness. We know how intelligent she is, and the way she acts with her boyfriendâ€™s family, she is just an adorable person.

By the final scene, I was smiling from ear to ear. We didnâ€™t just get a great slasher film, but Youâ€™re Next has given us one of the best final girls ever put to film. Iâ€™d rank her with Nancy Thompson and Sidney Prescott as my top three final girls of all time.