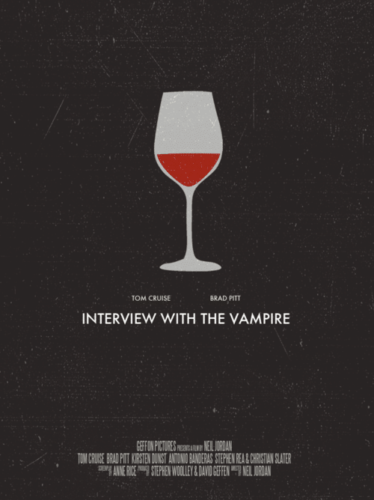 I have seen Interview with the Vampire: The Vampire Chronicles and I thought it was a pretty solid vampire movie. It definitely had something going on to separate it from other entries in the sub genre. What I mostly liked were the phenomenal performances by Tom Cruise, Brad Pitt and especially a stand out performance by the young, talented and lovely Kirsten Dunst. This is a one of a kind performance in her slate of movies and should’ve gotten her an Oscar nomination. Such a strong and focused acting performance! I liked Christian Slater in his role but, in my opinion, Antonio Banderas was hugely miscast in this. I won’t go further into this, its just too obvious to ignore.

I loved the style by Neil Jordan in this, the settings, the costumes, the visuals, the blood and not to forget the brilliant make up effects. This movie, of course, had some problems, it dragged for too long in quite some scenes which took some of the focus on the story away. This movie did have some unfortunate twists as well. Overall its a great vampire movie of its kind and actually one of the best I have seen. I do however feel that Byzantium is a much better vampire movie. I still highly recommend this movie and I already ordered my Blu-ray since I wanna upgrade!