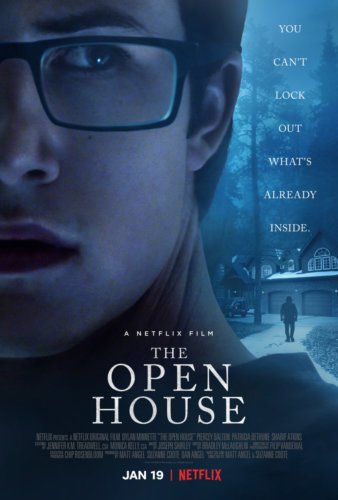 A mother and son move into a house the mom’s sister is putting on the market. While they live there, strange occurrences begin to happen and the son starts to think people are lurking around the house, all the while they encounter several odd locals.

This one of the most pointless and unsatisfying movies I’ve seen in a long time. There is literally no point to it. Some parts are creepy, but they’ve been done way better in other films. But for the most part it’s pretty boring and repetitive. All of this leads up to an extremely unsatisfying and infuriating ending. Not only isn’t there anything revealed, the who’s, the how’s, and why’s, but it also leaves an extremely bad taste by the time credits roll. I’m all for unhappy or unconventional endings, but that’s only if they’re warranted. This ending isn’t warranted at all. This is also in relation to the fact that nothing is revealed. Why this family? Who is doing it? None of this is revealed. I should also mention that yes, no motives sometimes make it the scariest, but when you’re watching a movie that really focusing on these two characters and adding in their melodrama and introducing all of the other weird characters, you would expect some kind of clues as to why this is all happening. We don’t get any of that whatsoever. The only pros for this movie is that it is actually really well-filmed, and the acting pretty decent, especially from Dylan Minnette. Even if the melodrama was groan-worthy, the performances by Dylan and Piercey Dalton who plays his mother are engaging enough. But even their whole storyline felt contrived. I guess one other aspect I enjoyed was the overall location. The house made for a great setting and was used to advantage in several scenes.

I can’t stress enough how much I don’t recommend this movie. It’s boring, pointless, unsatisfying, and extremely frustrating despite being well-filmed, a nice setting, and decent performances.