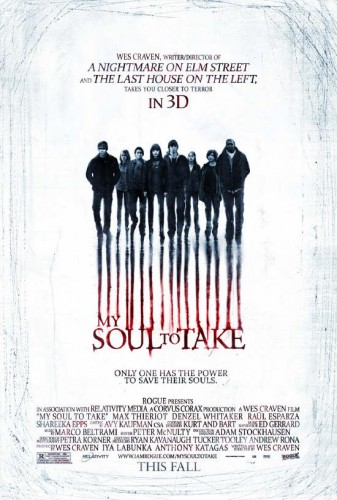 There is something sadistic about many horror fans. I don’t mean the type of entertainment enjoyed but rather the love of the horror community to see a promising director/writer/actor fail. As much as the horror genre seems to respect the classics, many fans seems to get an unearthly kick by seeing one of their favorites come crashing down. Case in point: Wes Craven. After the success of “Scream” in the late 90’s, many horror fans had given up on the director. Who cares that “Scream” was actually a DAMN GOOD movie, it was just too mainstream for “serious” horror fans. When it was announced in 2009 that Wes Craven would be directing and writing a new horror movie (the first time he had done that in 15 years), the horror community seemed to be a buzz of internet fueled fire. When the movie was released in October 2010, the claws came out and the horror community ripped “My Soul to Take” to shreds. It was one of the worst reviewed movies of last year and barely made back its budget. Many called it a “Nightmare on Elm Street” rip off and many others called it the last nail in the coffin for Craven. But is it really THAT bad? 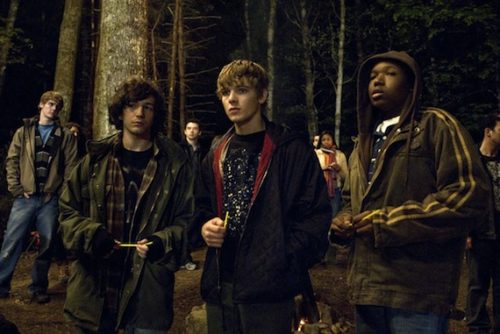 “My Soul to Take” begins in the sleepy town of Riverton. Legend tells of a serial killer who swore he would return to murder the seven children born the night he died. Now, 16 years later, people are disappearing again. Has the psychopath been reincarnated as one of the seven teens, or did he survive the night he was left for dead? Only one of the kids knows the answer. Adam “Bug” Heller (Max Thieriot) was supposed to die on the last night the Riverton Ripper wrecked havoc on that terrifying night. Unaware of terrifying crimes being committed to the seven children, he has been plagued by nightmares of their murders while not aware if they hold true or if he is simply imagining the images that haunt him. But if Bug hopes to save his friends from the monster that’s returned, he must face an evil that won’t rest…until it finishes the job it began the day he was born. 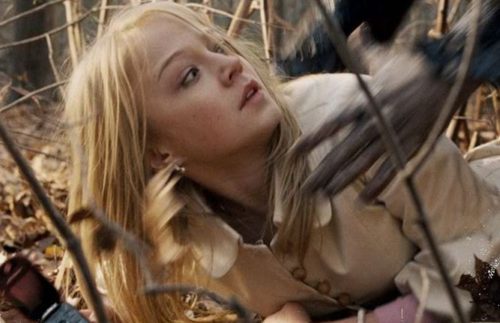 Well dear reader, I have to admit one thing: I enjoyed the hell out of “My Soul to Take”. The story is overly complicated and doesn’t always seem to know where it is headed but there is a sense of dread in this film that has been missing from most of horror today. The cinematography is lush (nobody can make a run through the woods as scary as Craven) and the performances are all quite solid. I also quite enjoyed the high school dynamics that are played out throughout the film. There is an ever running thread throughout the movie that if you grin and take it, it will make you a stronger person. It is a lesson that Bug learns throughout the course of the film and, in the end, he is finally willing to stand up for himself. The end may be a bit over-the-top for many hardcore horror fans, but this movie has a big heart hidden behind the bloody exterior. I can’t say that this is a perfect film but it is an entertaining one that tries to bring back the slasher genre. Give it a chance and go in with an open mind and you may find yourself giving your soul up to this film as well.

To order through Amazon: My Soul to Take