This week in Slasher Studios Horror Film Club we are taking a stab at the underrated horror movies that are either attacked by horror fans or just plain forgotten. Movies that deserve another chance to shine and prove that every film deserves at least a little bit of lovin.

RJ Sanchez
â€Ž”It is the mid-1970s. A sinister hippy cult called Unity Fields commits mass suicide in a horrific manner – by fire – at the behest of its psychopathic leader, Franklin Harris (Richard Lynch). Only one young woman named Cynthia (Jennifer Rubin) survives to tell the tale. Now, 13 years later, Cynthia is having grim reminders of the mass suicide, as people around her begin to die one at a time. Cynthia finds out quickly that the ghost of Harris is back to claim his ‘love child’.”

Very underrated gem from the late 80’s. Gets labeled an Elm Street knockoff, there may be similarities, (From Dream Warriors especially.) but it is by no means a rip off. Jennifer Rubin, (Taryn, from Dream Warriors) stars alongside Richard Lynch, Bruce Abbott, (Re-Animator!) and the voice of Tommy Pickles: E.G Daily! Not only does Bad Dreams have an amazing cast, it has an incredible 80’s soundtrack, lots of blood, and a twist you’ll never see coming! It may have been a “cash-in” but it’s an incredible, underrated movie that’s dare I say, better than most of the Elm Street sequels. 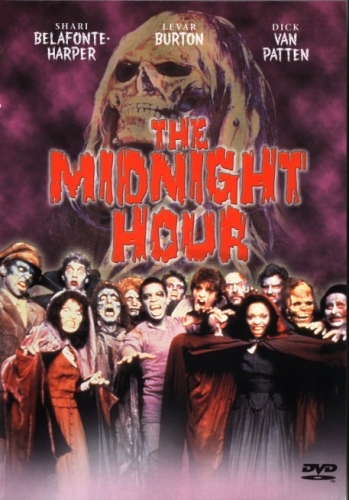 Panos Tsiros
Well, not a Slasher related but I really want to write something down for this movie. “The Midnight Hour” 1985. It’s a Vampire/Halloween/Zombie related movie mostly.

A group of friends wants to organize a halloween party. So, they break into a halloween costume store and “borrow” some costumes appropriate for the occasion. In addition to that they discover a crate with a hand written script. Then, they go to the graveyard where they start fooling around, so, Melissa (the main character) starts reading the words from the script just for kicks. When they leave the graveyard, all the dead come to life. As it’s halloween nobody can figure out who wears mask and who’s the real zombie. The Dead accompany the Living to the party. What happens next you can only see it in the movie. Not a spoiler here.

This movie never came to theatres but directly on VHS. I don’t know why I like it so much even though I know it’s terrible. If you haven’t seen it yet you can try it out, but afterwards don’t say I didn’t warn you :)))