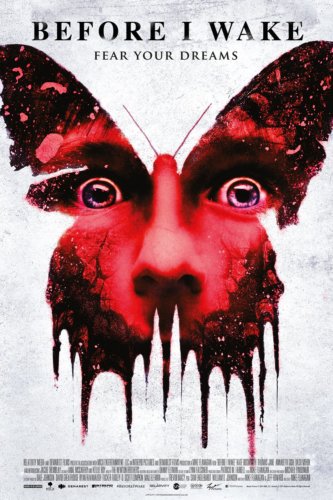 A couple who lost their young son decide to adopt, in hopes of moving on. They adopt a young boy named Cody who also comes with a troubled background. At first things seem to be going well for the couple as well as Cody, but things begin to take a strange turn. It turns out Cody has the ability to have his dreams come to life, and the wife takes advantage of this by ensuring Cody dreams of her dead son so she can see him again. However, itâ€™s not only his dreams that come to life, but also his nightmares, the dark presence that has haunted Cody most of his life begins emerge into the life of his new family and those around him.

Mike Flanaganâ€™s newest film has had a lot of trouble being released until just this year when it was finally released in the US on Netflix. It was initially supposed to come out theatrically in 2015 but was dropped due to financial issues with its distributor, and from there its fate was up in the air with random release dates announced but never came to be. Outside the US, it was released on DVD/Blu-Ray, and then eventually landing on Netflix in the US. Itâ€™s a shame this didnâ€™t get a theatrical release, because this is a very good and well-done fantasy/horror film. The dream, and even nightmare sequences are wonderfully done; the dreams are beautiful, and the nightmare are really creepy and intense (the monster in Codyâ€™s nightmare is pretty damn creepy), and just the general concept is really engaging. It perfectly blends the fantasy elements, along with the horror and drama elements. Never once did I feel it didnâ€™t know what it wanted to be because Flanagan has such a clear vision in how he wanted to weave it together. Sure weâ€™ve seen the grieving couple storyline done before, but this time there is something very earnest, endearing, and humane in it that works extremely well into the plot. Along with this, you really feel for the characters. You feel for Cody in seeing his struggle to control his dreams and trying to find a place he belongs and family who will love him. The same can be said for the couple, you feel their pain and understand why they are using Codyâ€™s abilities, even if you may not agree with it, and as the film progresses you see them wanting to put the past in the past and save their new son. The characters are brilliantly brought to life from the performances by Kate Bosworth and Thomas Jane as the couple and a very sweet performance by Jacob Tremblay as Cody. In terms of flaws, there are times it feels a little rushed, and the ending could have a bit more closure.

Before I Wake is another hit from Mike Flanagan who delivers in bringing another horror film that also strongly balances that with fantasy and a drama about grief that doesnâ€™t feel like a huge clichÃ©. The characters feel realistic and ones you really care about, and the visuals are gorgeous (and creepy). I highly recommend this movie, check it out on Netflix as soon as you can.