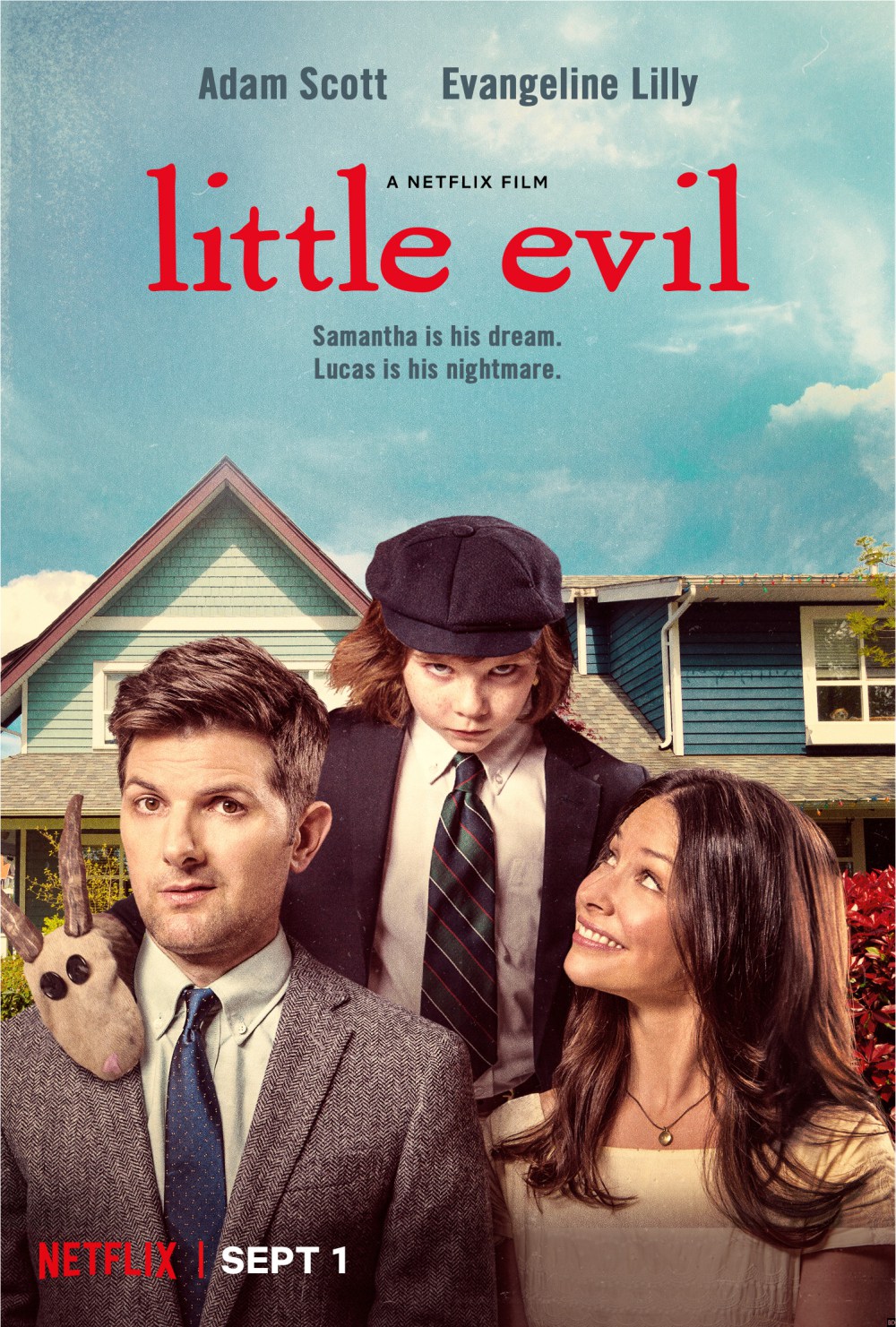 A newly married man moves in with his new wife and her son. He’s eager to spend the rest of his life with his new bride and take on the role of the boy’s father. But he comes see that something isn’t right about this kid, and discovers he’s the spawn of Satan.

The latest Netflix release is a comedy horror that plays on the tropes and pokes fun at “evil kid horror” and even has a meta-moment discussing a well-known film of the subgenre. Horror fans that have seen horror films that involve creepy kids will recognize some of the nods to these films. The film is written and directed by Eli Craig who wrote and directed Tucker and Dale Vs. Evil (another horror parody) returns with some of the flare he offered in that movie. While this movie doesn’t provide nearly as much fun or laughs as Tucker and Dale, Little Evil is still an entertaining film that is worth checking out. I didn’t particularly find myself full on laughing, but it did make me chuckle a few times, mostly the aforementioned jabs at other evil kids movies.

Adam Scott plays the lead character as the awkward and chipper step-dad. Scott does provide some comical moments during his more uncomfortable moments with the kid and trying to overlook his creepiness. But of anyone it is Bridget Everett who stars as Scott’s best friend Al that provides the most humorous moments. Everett brilliantly nails Al’s bluntness, moments of stupidity, but also sometimes is the one who speaks for the audience. Sally Field surprisingly has a small appearance in this, but I was massively disappointed that she was as underused as she was. It seemed like she was going to be the Mrs. Baylock character from The Omen (hell her character’s name was Mrs. Shaylock), but instead she really doesn’t get much to do with a character that had a lot of potential to be hilarious, and Field would have nailed it. Evangeline Lilly plays Scott’s oblivious wife who plays off the son’s behavior as “just being a kid”. It’s obvious this is used as a jab as well, but at times it seemed like they really milked it her character to where the jokes got old fast. Towards the end of the film it does end up going into some really sappy and heartfelt territory involving father/son themes. It kind of throws of the tone the film had already established, but it’s intentions are well-meaning.

While Little Evil pales compared to Tucker and Dale Vs. Evil, it’s still a movie worth checking out if you enjoyed that film and feel like watching an entertaining parody.