Our resident Twitter reviewer Tim Schilling is back with a double feature this time of both the original “Amityville Horror” as well as the well liked Ryan Reynolds “Amitville Horror” remake. This is the first time we have down a twitter review double feature so let’s see how it goes and let’s see which one of the two horror flicks Tim thinks is a cut above the other. 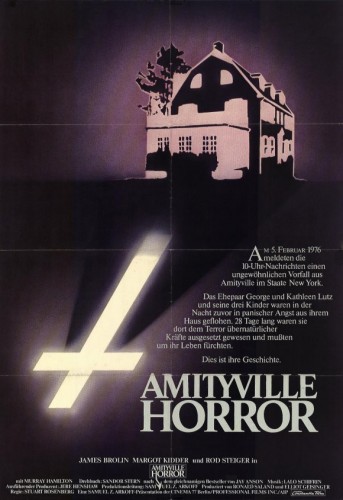 The Amityville Horror (1979)
Thoughts before the film: Original â€ª#TheAmityvilleHorrorâ€¬. The remake will be the next movie I watch. I have never seen either, haunted house movies aren’t my thing. Actually, that’s a lie. I’ve seen the ending to this movie a bunch of times. One of my earliest horror movie memories.

Thoughts while watching:
0:09 If the side of the house didn’t look like the freaking devil, I’d love to live in it.
0:16 Sneak into someone’s house, get attacked by flies. Karma, bitch.
0:17 That thing that screamed get out made me pee my pants. I dont do ghost movies cause they scare the shit outta me.
0:21 Dads in movies are always so brave to go down in the basement. Fuck that, I won’t go near the basement.
0:25 Little do they know, all the ghosties are watching them do the nasty.
0:29 If I wake up at 3:15 tonight I’m gonna cry.
0:34 Oh okay so my house used to have the same flooring as the house in this. Am I gonna be haunted tonight?
0:37 Nuns are overdramatic.
0:46 Nice headpiece.
0:48 Oh man she really wanted to get out of the closet. Her knuckles were bleeding after a minute.
1:00 George is getting a little grumpy.
1:10 This movie has way too much filler in it.
1:19 Jodi, your eyes scared me. You’re a jerk.
1:24 Hey lady you gotta pay for breaking my wall.
1:25 Oh no there’s something under the stairs. I need my dog right now.
1:28 Something as simple as turning the cross upside down is terrifying in this movie.
1:32 When horror goes all religion like, it freaks me out. I really don’t know why.
1:33 Like, that guy just went blind. What the heck! Que the creepy music.
1:34 Oh fuck me. Where were those drums coming from!?
1:36 Thank god my cat just came clawing at the door. He ain’t leaving my room.
1:47 What’s a pig doing in your house?
1:49 I bet they were waiting until the house started bleeding to finally decide to leave.
1:51 The dog asshole, get the dog!
1:53 It’s tar man from ROTLD!

Final Verdict:
After all of the horror movies that I have seen, â€ª#TheAmityvilleHorrorâ€¬ is honestly one of the scariest. Even though it is really dated, it’s scarier than most crap that is made today. 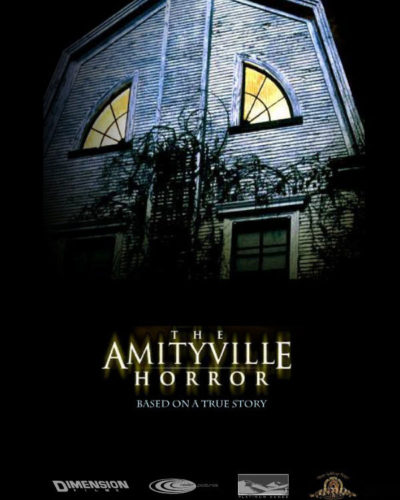 The Amityville Horror (2005)
Thoughts before the film: Remake this time!

Thoughts while watching:
0:04 I can never take Ryan Reynolds seriously. I just always think of him in Waiting and Just Friends.
0:08 The house isn’t as creepy looking as in the original.
0:15 I like that they have the same mirror in the bedroom as the original, they were unique and weird looking.
0:18 But I don’t like, is that they’re actually showing the ghosts…
0:19 I find it hilarious that this little girl ends up playing the bad ass Hit Girl in Kick-Ass.
0:24 Fuck ghost movies, not this again!
0:31 LOL, this babysitter.
0:34 I wouldn’t be able to stay in a house where people were murdered at.
0:46 Um what are you doing on the roof?
0:50 What I like a lot about the remake, is that the kids play a bigger part than they did in the original.
0:57 You killed the dog, you’re dead to me.
1:03 The guy saying GEEET OUUUT in this one totally failed, no way did it match the original one.
1:11 Why do all remakes have to try to be stylish? They all look exactly the same.

Final Verdict:
â€ª#TheAmityvilleHorrorâ€¬ improved in some parts over the original a lot, which I thought was really good, but it went over the top when it tried to be as scary as the original. The entire ending didn’t work, & the fact you could see the ghosts this time made it less scary.