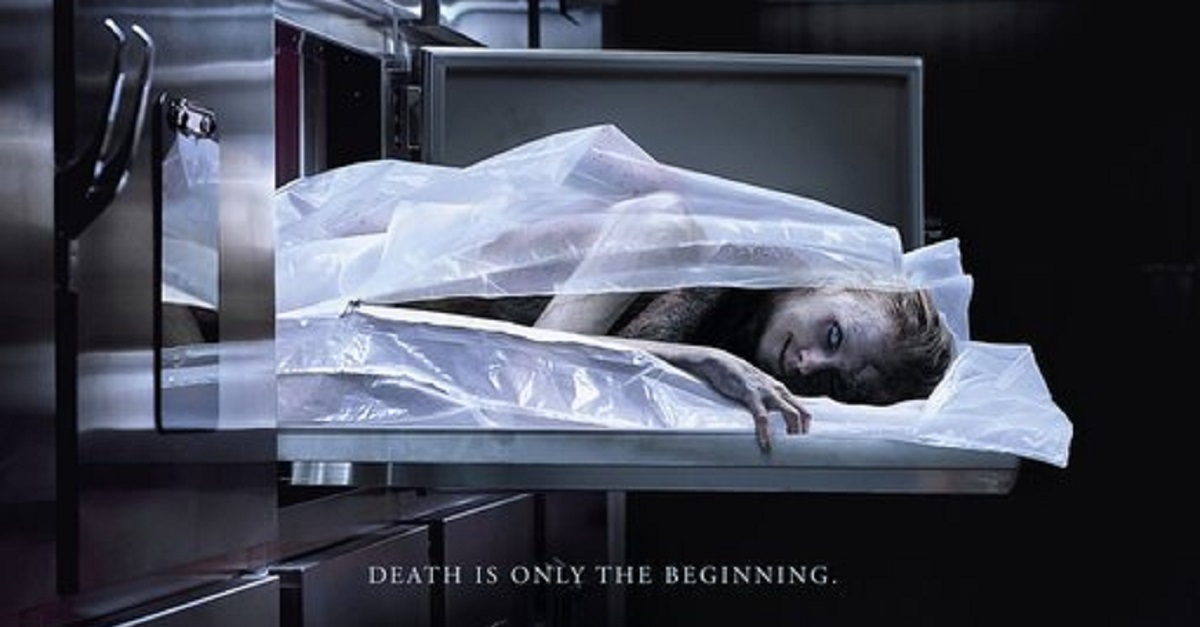 Megan, an ex-cop dealing with a traumatic event that lead her to substance abuse, is granted a graveyard shift job at a morgue. She sees this as an opportunity to focus on herself and stay out of trouble. One night the brutalized body of a young woman is brought in. Megan then begins to experience horrific sightings and sounds. It turns out, the body of the woman is still possessed by a demon after a failed exorcism.

This movie was way better than I expected, and way better than it had any right to be. The opening scene of the movie took my surprise by just how intense and brutal it was. The opening alone made it better than any mainstream possession/exorcism film Iâ€™ve seen in years. When we first meet Megan, sheâ€™s established as a woman who is clearly troubled and feels the need to push people away at this point in her life. When we find out what happened, and how itâ€™s affected her, it does a good job of tying that into the story and watching the character grow. What it does with Meganâ€™s situation is that it nicely touches upon themes involving trauma, depression, and anxiety. Conveniently this also ties into the possession aspect of the story. Shay Mitchell does a great job of showing this struggle Megan is going through and we really root for her character, and thatâ€™s also thanks to Shayâ€™s performance. The supporting cast is also fleshed out well-enough to where you get to know them and like them, they have importance to Megan and have enough depth to make them more than just disposable characters. The kills in this movie are pretty brutal and we have some pretty grotesque visuals for the movie to definitely earn its R rating unlike The Conjuring films that always feel PG-13. The morgue setting is very well-used and the movie features plenty of intense scenes that have a good build up. Unfortunately the only jump scares we have are the ones you can sense a mile away. But the intense sees in the film make up for that.

Itâ€™s also worth noting that the physical performance of the cadaver and the actress who plays her provide a huge helping hand in bring the intensity. There are plenty of â€œoh shitâ€ moments involving Hannahâ€™s body and all youâ€™re thinking is â€œget the fuck out of thereâ€ or â€œIâ€™d be shitting my pants right nowâ€. One of the filmsâ€™ other flaws are some of the plot holes involved. If Meganâ€™s character was so at risk to react (or lack of reaction) in an anxiety-inducing situation, isnâ€™t this something that would have been noted or noticed in her training? And one of the biggest ones involve the fact that Hannahâ€™s body disappears from one morgue for three months and ends up being found and brought to another with no questions asked or news about the situation.

For what this film is, it is a very entertaining movie that gets the job done and brings intensity and likable characters and pretty strong performances. I honestly had less issues with this movie and the script than I did with the new Halloween. For an end of the year horror film that essentially came out of nowhere, itâ€™s definitely worth watching.