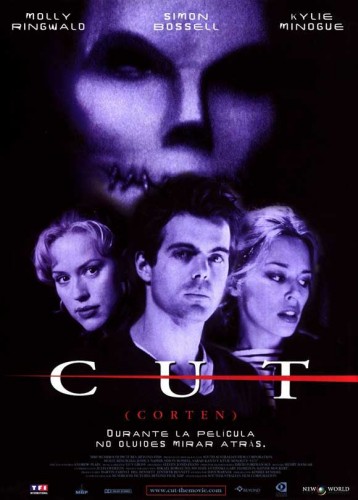 I went into this film thinking this would just be another run of the mill direct to video horror with a big name actor headlining (most likely dying quickly). When I was done watching this film, I was very surprised at how well it was made. The start of the film is slow moving, but once everyone gets to the “murder” house, things really begin to pick up.

Molly Ringwald is the “big name” actor I was talking about, but let me make it clear she is a big name to anyone who grew up in the 80’s, from The Facts of Life to the John Hughes films, this actress will always be in peoples heads, so to see her in a film that many feel is beneath them, once they reach success in any form, its great. She isn’t too bad, after her initial opening scene(which made me laugh at how cheesy the acting was), the actress begins to give layers to her character, making it more than it appears at first.

The main heroine Raffy(Jessica Napier) is well played and, while she is somewhat in the background a lot, her character does shine, especially after the reveal of her connection to the opening films murders.

Now my opinion on the killer, let it be known that I have watched these types of films since I was around 4, the first films I remember seeing are F13TH6, ANOES 4 and Sleepaway Camp, so not much shocks me, I’m pretty numb to this stuff, but the way the killer proceeds in this film is quite chilling, the lighting helps it a lot as he is kept in the dark and the mask is very new and fresh and cool.

Watching this film I couldn’t help but want Joe Bob Briggs doing his “Drive-In” totals and giving some funny commentary. This film is not a masterpiece, but its a joy to watch and its on Netflix. Depending on what features are available this will be in my DVD collection soon.