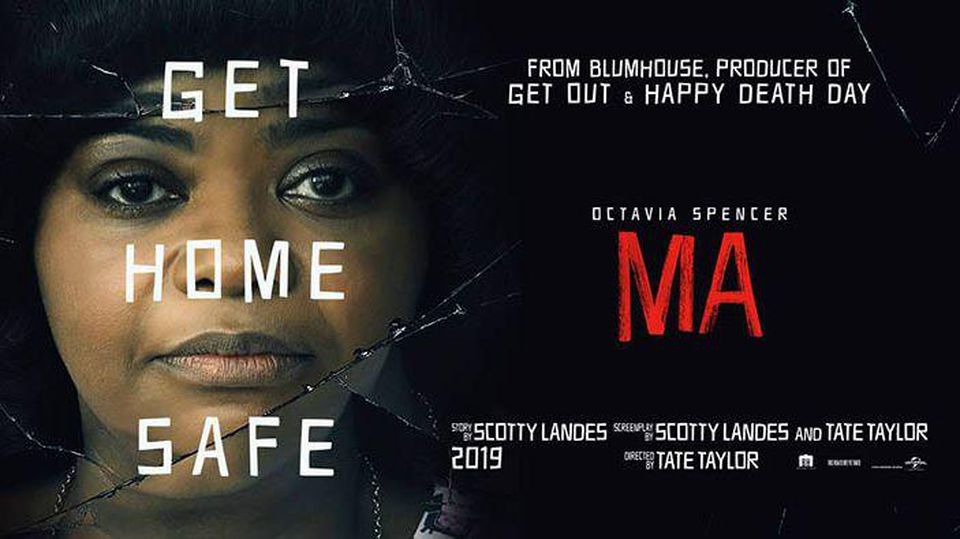 After moving back to her mother Ericaâ€™s hometown, Maggie is struggling with the fact that her mother is now never home due to her new job as a waitress at a casino. Though, it isnâ€™t long before she becomes friends with a group of kids consisting of Andy, Haley, Chaz, and Darrell, ultimately developing a relationship with Andy. When the local drinking spot gets busted, they are invited by lonely local vet assistant Sue Ann (after she just recently bought the alcohol) to party her place. But eventually once Sue Ann aka Ma begins to get a bit too possessive and creepy, the friends begin to want to stay away. But as secrets from the past are revealed, Maâ€™s behavior goes from creepy to insane.

For starters, any spoilers you have seen in the trailer are pretty misleading, so rest assured there. The film was a lot more of a slow-burn than I was expecting, but despite this, itâ€™s still a hell of a lot of fun. The pace the film chooses works as a representation of Maâ€™s sanity. When we first meet Ma she seems like a friendly enough woman, but as the film progresses her crazy levels grows, so by the time we reach the intense ending, Sue Ann has full-on lost it. The thing is, Ma isnâ€™t your typical villain, thereâ€™s a more emotional core to her that becomes more revealed the more her background is shown and you genuinely feel sorry for her, while at the same time becoming freaked out by her and seeing her get what she deserves. This may make the viewer unsure how to feel, but itâ€™s an interesting take on a villain.

Even more rare is that the teens in Maâ€™s crosshairs are actually pretty damn tolerable, likable, and feel very realistic. We are also treated to the lead teen Maggieâ€™s mother Erica getting a lot more to do than being the basic mother character, other than one questionable moment, we also have a great and realistic mother/daughter relationship between them that isnâ€™t just a dramatic screaming match between them. Itâ€™s really the other adult characters that arenâ€™t given that much to do, especially Luke Evansâ€™ character who actually has a pretty integral part to the story and is Andyâ€™s father (we donâ€™t even see the father and son together in any scenes). The biggest issues I have involve subplot involving what Ma is hiding upstairs that makes her forbid the kids from going up there. Itâ€™s not all out terrible or stupid, but it didnâ€™t exactly feel necessary to the plot, and by removing it, we could have spent more time with the characters that werenâ€™t fleshed out as much. The other issue is that it didnâ€™t exactly utilize its R-rating apart from some nudity and language. Any violence we have could have easily been passed for a PG-13.

Those are really all the issues I had, but it didnâ€™t make me enjoy the film any less, because the fact is, this is an extremely fun horror movie that has a great build-up, but also rides on the excellent performance by Octavia Spencer as Ma, who is not only having a blast with the part, but does such an amazing job showing the different layers and emotions to her character. The young cast in addition to Juliette Lewis as Erica also do a great job. For the stalker subgenre, this feels like a breath of fresh air. Itâ€™s not a full-on thriller on the levels of Fear or Fatal Attraction, not full-on campy like Obsessed or The Boy Next Door, itâ€™s perfectly nested between the two and just a hell of a lot of fun.