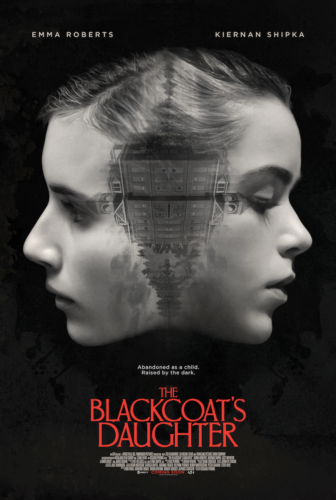 Oz Perkinsâ€™ writes and directs this slow burn horror film that is all kinds of crazy. To me, Perkins is easily becoming one of my favorite modern horror directors. He has this way of completely setting up a creepy setting along with atmosphere. This one gives you a very unsettling atmosphere and a sense of dread, and it all leads to one hell of a crazy ending with you thinking about it long after itâ€™s over. This movie is pure psychological horror all the way through. Itâ€™s a demonic possession horror film that follows a different formula than most. And that completely sets it apart from others. Besides the growing sense of doom, I loved following it and seeing how these two stories will collide and how they parallel with each other. When it happens, you have that immediate â€œoh shitâ€ thought going through your mind. Itâ€™s also one of those few movies that doesnâ€™t rely on jump scares. And there is definitely some good bloody moments in it. I will say though, that this is one you really should pay attention to in order to follow it. And even some of the dialogue you have to pay attention to.

The only thing I wish it did more was give us more time with the two girls at the school and develop them much further. Kiernan Shipka nails it as our shy and reserved main girl who is one of the targets of the supernatural presence. Shipka really captures the innocence of her character that is almost child-like, but then there are moments where she makes you feel uneasy with just a slight change of facial expression. Emma Roberts also headlines as the teen hitchhiker. Whatâ€™s special about Robertsâ€™ performance here is that it relies completely on her facial expressions and body language since she has very minimal dialogue. What she shows is a troubled young girl, but thereâ€™s also side of her that makes her come off as untrustworthy. As Roberts acting-career has grown, she definitely proves she can get completely into character. Lucy Boynton stars as Rose, the other girl left behind at the school. Sheâ€™s the school beauty and rebel who is dealing with her own issues as the presence swarms. I donâ€™t think Boynton really had enough moments to shine, but in the screen time she does have, she shows her uneasiness and fear very well. James Remar and Lauren Holly star as the couple who pick up Robertsâ€™ character. Remar has some great scenes with Robert who tries to get her to open up. Holly on the other hand really doesnâ€™t get much to do, but sheâ€™s fine for the most part.

The Blackcoatâ€™s Daughter is one of the best original films Iâ€™ve seen. Yes, itâ€™s slow moving, but itâ€™s totally worth the ride. It brings psychological horror to a new level and really knows how to get the heart beat racing.