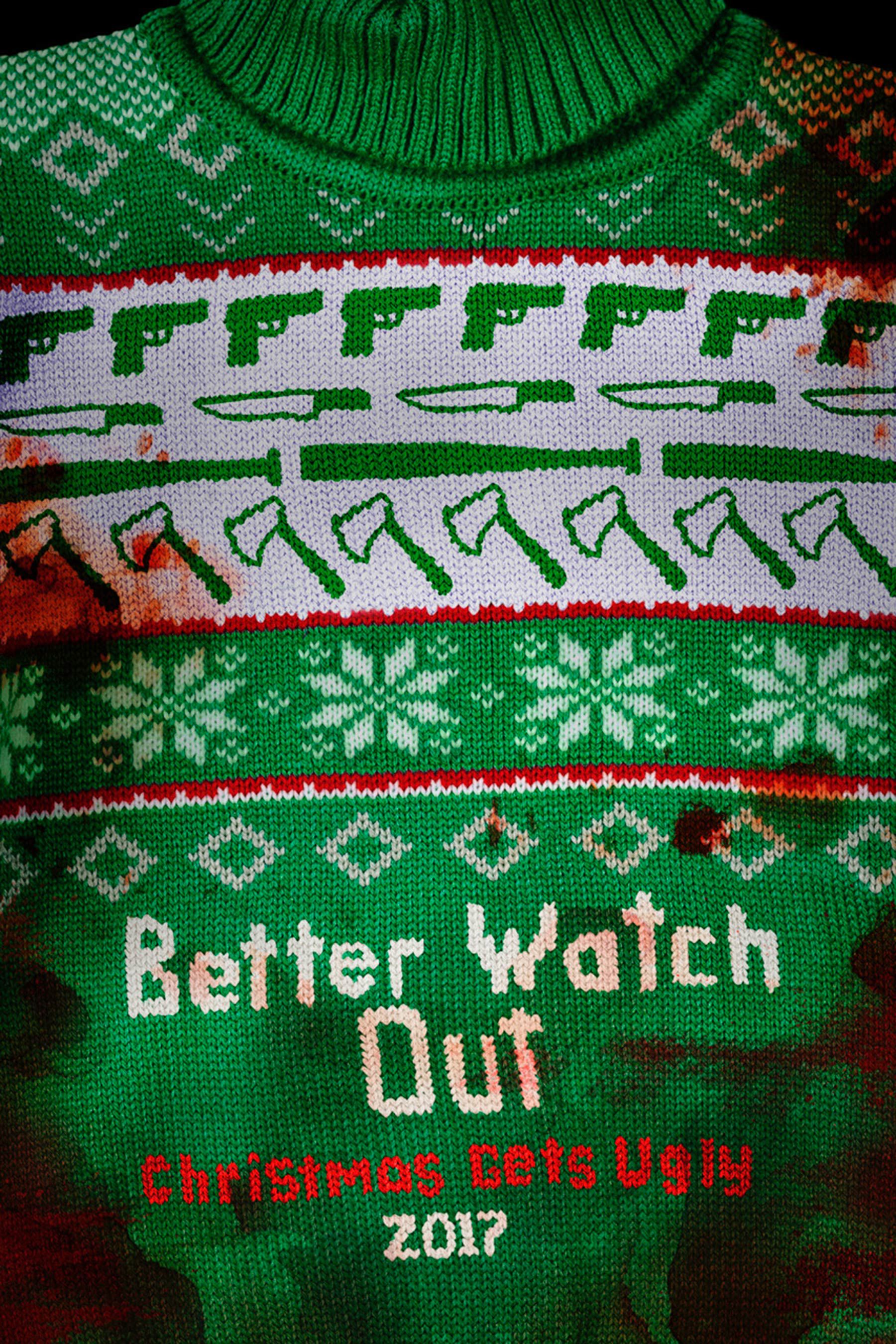 Better Watch Out tells the story of a young babysitter named Ashley who goes over to babysit 12-year-old Luke one winter night. Eventually the night becomes one of terror when psychopathic home invaders come into the picture. But this isnâ€™t just an average home invasion.

There are many twists and turns that come about during this new winter/Christmas horror film, and many of them are extremely affective. This is thanks to one very clever script. The first half of the movie plays out like a straight up horror film, but then it takes a sudden turn becomes a black comedy horror. Much of the horror that happens in this last half, as well as some of the actions and dialogue from the characters can at times be pretty messed up but you canâ€™t help but find bits of humor in it, usually with how over-the-top it chooses to go. And I donâ€™t mean over-the-top in a bad way. Having said that there are certain moments where it does lose its steam and kind of starts to slow down and often times feel repetitive. The movie is under an hour and a half, but I almost feel like it could have been shorter, or if they had made it longer, at least have had more going on. Another issue I had with it was that there were certain plot and character elements that I wish would have been delved into more. Some things were also brought up but never expanded upon. At least if the script would have covered more of this it would have least given more to go off of instead feeling repetitive or static in some of the scenes. Despite these few things, I had a really fun time with this movie. It brings in the Christmas feel really well, and it offers some great nods to other Christmas classics (Black Christmas and Home Alone in particular), and then the occasional slasher film nods, with some feels of Funny Games and Scream getting thrown in.

More than anything, the film relies entirely on the cast to carry the movie, and their performances are all top-notch. Olivia DeJonge is great as our main girl in how she captures Ashleyâ€™s witty and clever personality. She is someone you are rooting for, but I really wish she had been able to do more physically and be able to really boast that final girl strength. Levi Miller is brilliant in this showing Lukeâ€™s clever personality, but also showing that he still is a kid despite the tough demeanor he tries to show. Reuniting with DeJonge after playing brother and sister in 2015â€™s The Visit is Ed Oxenbould as Lukeâ€™s best friend Garrett. I wasnâ€™t a fan of him in The Visit because I found him really annoying more than anything, but in this he actually has more to work with than just the annoying kid who raps everything. Even though they are in supporting roles, a huge shout out has to be made to Virginia Madsen and Patrick Warburton who offer some of the more full-on comedic moments in the film as Lukeâ€™s parents.

I admit this review was very difficult to write and might come off dry or vague, but really thatâ€™s because this movie is so hard to write about without giving away spoilers.

This is a little flawed, but fun and twist-filled movie to add to the winter and Christmas horror inventory. Itâ€™s a fresh and original story with great performances by the cast thatâ€™s definitely worth checking out.