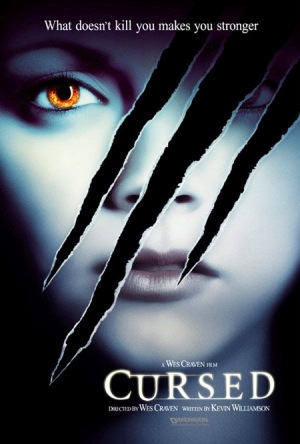 The film begins when two friends, Jenny Tate (Mýa) and Becky Morton (Shannon Elizabeth), are at a pier and decide to get their fortune told by Zela (Portia de Rossi). She foretells that they will suffer a horrible fate, but they don’t believe her and walk away laughing. A little while later, Becky realizes Jenny has disappeared and can’t find her on the pier; Becky was driving. One night, while in a car together, Jimmy (Jesse Eisenberg) and his sister Ellie (Christina Ricci) hit an animal and another car. They attempt to rescue the other driver, Becky Morton, but she is suddenly dragged and eaten by an unknown creature. Jimmy and Ellie are both slashed by the creature’s claws. Jimmy starts to believe that the creature was a werewolf, but no one will believe him. He and his sister start to exhibit wolfish tendencies (such as both of them eating raw bacon, Ellie catching a fly in her bare hand, and being attracted to the smell of blood) but Ellie denies it, apparently proving her point by touching a silver picture frame and not getting burned. Jimmy becomes much stronger, as exampled when a bully named Bo (Milo Ventimiglia) forces him to join the wrestling team. He easily defeats three wrestlers, including Bo.