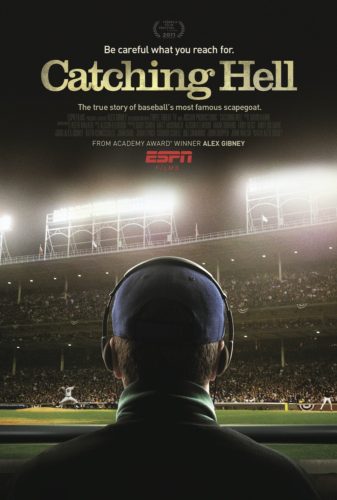 The Monster: Ten years ago, in 2003, reclusive Cubs fan Steve Bartman grabbed a foul ball from Cubs outfielder Moises Alou during the National League Championship Series. After taking an out away from his favorite team, the Cubs team lost the game and later lost the series.

Catching Hell is an ESPN documentary about the reaction to Bartmanâ€™s mental error. The documentary captures all of the other fans who tried to catch the same ball, all of the things thrown at Bartman, and the efforts taken to keep Bartman safe from angry fans after the game was over. When the harassment continues, and spreads across the country, the public shaming becomes surreal.

With his headphones and sweatshirt, Barman is easily recognizable as different from most of the people around him. But Bartman is not the monster. Sports fans are.

In this case, the fans happen to be Cubs fans. Despite all of the other factors involved in the Cubs loss to the Marlins in the Championship Series, frustrated Cubs fans zeroed in on Steve Bartman. The threats and media attention drove Bartman into seclusion.

The Horror: Watching Catching Hell is like reading Shirley Jacksonâ€™s â€œThe Lotteryâ€ all over again. Itâ€™s easy to have sympathy for Bartman (unless the Cubbie blue runs too deep in your blood to forgive him). He wasnâ€™t just the target of angry fans; he was hated by fans of his favorite team. The caps on the heads of the fans screaming at him shared the same logo with his own.

The Shared Fate: Catching Hell takes its time and leads viewers to a mirror. Would it be so difficult to imagine any of us who truly love a sporting team could turn on another fan that was at the wrong place at the wrong time? Like â€œThe Lottery,â€ people are happy to show their most violent side to a scapegoat.

Bartman was a real human being who could sponge up years of Cubs frustration simply by staying alive and taking a beating. Who says it couldnâ€™t be you next time?