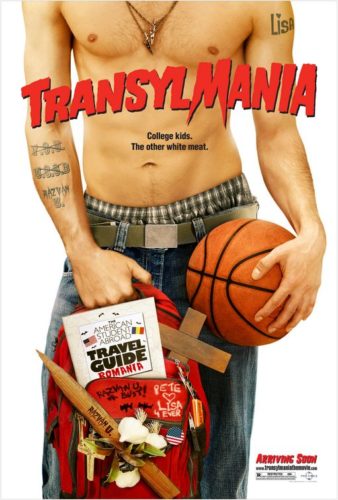 Kevin: Until last year, Transylmania was known as the lowest grossing wide release movie in the history of box office tracking. Just how badly did it do? It grossed less than $370,000 on a budget of $22 million and prompted a major lawsuit. But…is the movie really THAT bad? Did it deserve the box office slaying it received? Let’s dig into the horror comedy and find out.

Steve: Even after sitting through this film, I’m still trying to figure out where all of the $22 million were spent. There were no big name actors to pay, so i know they saved money there. The production value was actually pretty good, but I would have wanted a better look and lighting if I had that kind of money to spend. The sets were indeed great through. The castle and the decor was well planned and executed and it was obvious that the set decorator was on top of her game, so I can understand a lot of money being put into props, etc. Not sure how much was spent on marketing, but as expensive as that can be, I’m sure they sunk a good chunk of that $22 million into that.

Kevin: Transylmania began as Dorm Daze 3, a sorta lame American Pie in college knock off series that still featured a few decent jokes, when a little movie called Twilight came out. Of course the filmmakers had to jump on the vampire bandwagon and the movie got its new name and new marketing campaign. A horror “spoof” in the lines of Date Movie and Epic Movie this was not. We can all be thankful for that. Whatever problems this movie has (and trust me, there are MANY problems) a lack of ambition isn’t one of them.

Steve: I think the biggest problem is the sad fact that this movie is just not funny. A couple laughs here and there, but overall, the jokes really didn’t land. The Rusty character, played by Oren Skoog, gave me the most laughs, but it was more because of his look and facial expressions than the jokes and delivery. This was actually the problem with most of the actors. Overall, the cast was not terrible and I really did like a couple of the actors, such as the underused, James DeBello. Having already been a fan of him in Cabin Fever, I was looking forward to his character, but felt let down in the end.

Kevin: It seems weird to complain that a comedy has too much plot but that is the case with Transylmania. A group of college student spend a semester abroad in Romania and hijinks ensue. Except they really don’t. The film feels flat and very little is ever in jeopardy with the characters. At just 97 minutes, it is at LEAST 15 minutes too long and the ending drones on endlessly. A few good laughs here and there (the first act of this film is by far its best) but you will forget it the second you are done watching it.

Steve: This film has some fun and valuable attributes, but after all is said and done, this film falls short of what it needed to be. Wasn’t that funny, it wasn’t that raunchy, and wasn’t that memorable. Too bad because I was really in the mood for some laughs and fun quotable lines.