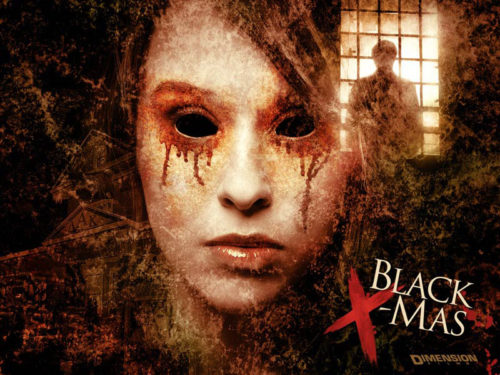 The film tells the story of a group of sorority sisters; Kelli (Katie Cassidy), Melissa (Michelle Trachtenberg), Lauren (Crystal Lowe), Heather (Mary Elizabeth Winstead), Dana (Lacey Chabert), and their house mother Ms. Mac (Andrea Martin), who find themselves being stalked by an escaped psycho killer named Billy. It all begins with them receiving creepy phone calls, but as the sisters begin to notice that their other sisters are going missing, they realize that something is really wrong. When one of the missing girlsâ€™ sister (Kristen Cloke) appears to pick her up, she joins the girls in hopes of surviving the night. Merry Christmas Delta Kappa.

Let me start by saying that this remake is extremely bad and in no way comes close to being as good and amazing as the original. However, that doesnâ€™t leave this viewer with a few positive things to say. The remake does try to follow the original, but what really ruins it is giving the killer a backstory, but also throwing an inbred daughter/sister in the mix. To me thatâ€™s what really prevented it from being good. The film is bad, but there is a lot of fun to be had here. It has blood/gore, hot girls, laughs, and a high body count. What more could you ask for with a mindless slasher? I will admit that it has some nice acting from its hot cast. Especially from Michelle Trachtenberg, Crystal Lowe, and Lacey Chabert. The film also has a surprisingly great atmosphere. It really sells the fact that itâ€™s taking place on a stormy Christmas night, and it has that creepy empty house feeling with all the creepy noises an old house would make. The set design also throws it all together well. One other thing I felt this was really lacking a chase scene. Melissa does get one, but it is way too short, but I guess itâ€™s better than nothing.

Despite what you may hear about this movie, I still highly recommend it. As long as you turn your brain off and just enjoy the great cast, kills, fun characters, and the atmosphere, you may just hate it much less. The original will always be amazing and a classic, but there is nothing wrong with a bad horror movie that will still provide some fun. Another note, forget everything youâ€™ve seen in the theatrical trailer, because at least half of the footage does not exist in the film. Which is a huge disappointment.