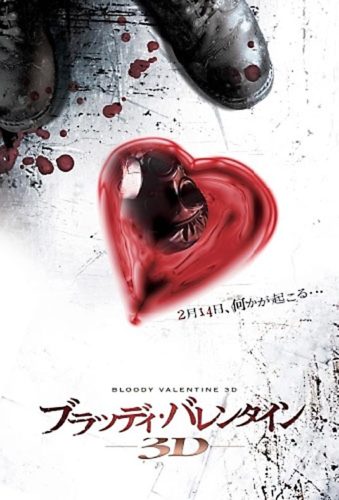 I have finally seen My Bloody Valentine (2009) (“M” of #AtoZHorror in August) and while I have not seen the 1981 original I really found myself enjoying this reboot! I really thought the kills and the amounts of blood were a pleasure for the eye. One of the stronger aspects of this reboot is how in depth it all was. The character development, the story, the cinematography, the score and not to forget, the truly amazing locations. The acting was also really strong, I liked Jensen Ackles in this movie, he portrayed his character so well enough that you started liking him.

I loved Jaime King in this movie, she’s a fantastic scream queen and was a great final girl and overall a really strong and vulnerable character. Kerr Smith was also terrific in his role, he has come a long way ever since Final Destination! The small supporting role of Tom Atkins was awesome! There were lots of surprises in store in this movie as far as twists and scares go. The ending could’ve been a lot better but it didn’t take away much from what I liked. This movie is definitely made for 3D but completely watchable in 2D as well. I highly recommend this horror movie to everyone, including horror fans. Its a well made reboot and it just makes me more curious to check the original out!