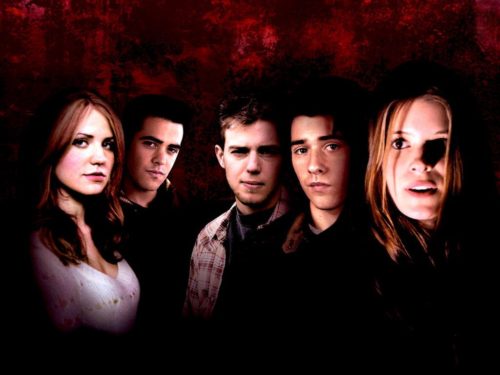 The third installment of the Urban Legend series follows the story of Samantha (Kate Mara, House Of Cards). After being kidnapped with two of her friends, she begins to believe that the mysterious killings in her town are connected to her kidnapping. After investigating a case of a missing town girl from the 1960’s, Sam realizes that the truth may be closer to home than she thought.

This film did not come very highly recommended to me as many fans of the series do not like this threequel compared to the previous two films (Urban Legend 1998, Urban Legends: Final Cut 2000). The film was pretty poorly acted for the most part but considering it was a direct to DVD release, this is not surprising.

I was reminded while watching this of Halloween III as a “stand alone film” that had nothing to do with the other installments of the Michael Myers’ franchise. Sadly, I didn’t find this film to be very comparable. Although I enjoyed it a lot more than I thought, it was still disappointing as an Urban Legend film.

The one redeeming quality of this film were the kills. Although only achieving a 15 certificate in the UK, it was still enough to allow the film to show pretty imaginative kills. This alone suggests that the film is worth a watch at least once if you are a horror/slasher fan.

I was overall disappointed in the finished film. However, if you are looking for a film that passes the time and has decent kills, you could do much worse than this one.