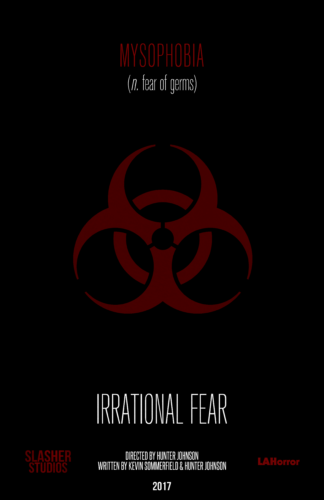 Everyone has something they are afraid of that they know cannot possibly hurt them. With our third horror feature we ask..what if these fears could kill them? Slasher Studios is teaming up with LA Horror to bring you a slasher style feature that is unlike anything Slasher Studios has ever done before. Titled IRRATIONAL FEAR, the film centers around six therapy patients are brought together at a secluded cabin to confront their strangest fears. Little do they know, these fears will certainly be the death for some of them. Who will make it out alive?

Irrational Fear will slash up Kickstarter on December 15th where YOU can be a part of the horror experience and earn some killer rewards. Look for more updates on the film soon and make sure to like the official Irrational Fear Facebook page as well as follow the film on Twitter!