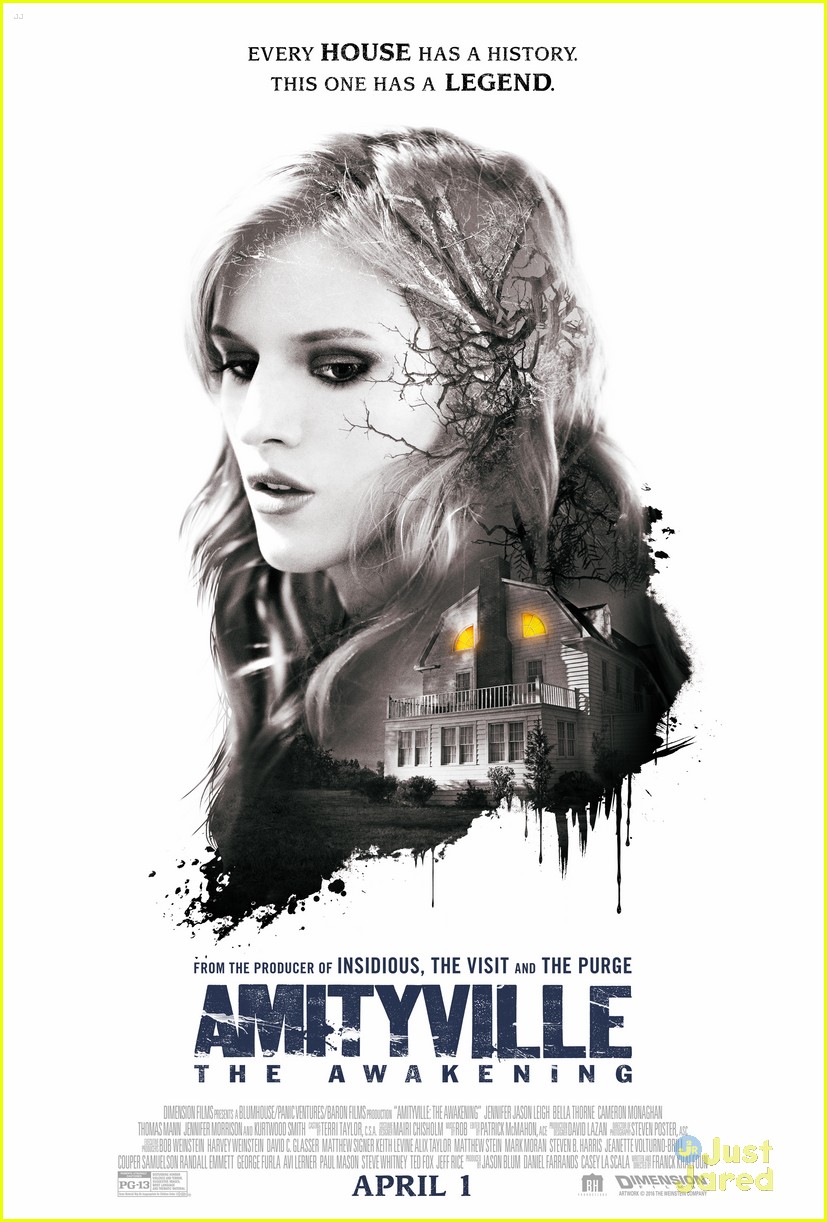 A young teen moves with her mother, younger sister, and twin comatose brother into the infamous Amityville house. She’s unaware of the house’s history until two classmates inform her of this. The more she begins to find out about the house, the more similarities she begins to see of the events that are now happening and surrounding her brother.

Plain and simple, this movie is terrible. The script is terribly and thinly written, the dialogue is terrible and laughable as well as the acting. Having said that, it often works as campy fun. The campy dialogue and acting is just so amusing to watch. For a Weinstein produced film, everything just feels so much like an Asylum produced film. Even down to the terribly cheesy music. I will admit though that it does have some occasional creepy images, but nothing that we haven’t seen a million times before. The final act is extremely lackluster and anti-climactic, and actually a little boring. It really is no wonder this never got released because this movie is just so lazy and half-assed. At one point in the movie a character insists on bringing over the original Amityville Horror film for the lead girl and another classmate to watch at 3:15 a.m. Earlier in the film he shows her the DVD case, but when he and the classmate come over he shows the DVD again, the sequel (which he clarifies is a prequel), and then pulls out the remake (to which the lead and their other friend scoff at and respond how remakes suck). Uber and ridiculous meta scene like this were hilariously bad in how on the nose it was trying to be.

As far as the two friends of the lead, they basically don’t serve any real purpose other than to sit around and inform her of the house with references to the movies and book, and then there is the obligatory scene where the lead confesses her sins to her girl friend. As mentioned, the acting is just terrible and campy, especially by Jennifer Jason Leigh and I think even Cameron Monaghan was in on the joke as well. Bella Throne, I have no idea whether she was trying to camp it up or if she was naturally being her terrible acting self, but it’s amusing watching her try. The only two who don’t seem to be camping it up are McKenna Grace (who absolutely shined in this year’s indie drama Gifted), as Bella Thorne’s younger sister. She’s charming and cute in her kid role so you can’t really hate on her. The other is Jennifer Morrison in the small role as Thorne’s aunt. And it’s not that Morrison is taking it seriously, but she seems genuinely bored here, as if this was the worst favor she owed someone. I don’t know if she actually did a owe a favor somewhere, but for an actress who plays THE lead on the hit show Once Upon a Time (and is really good on that), you have to wonder if something is up. Kurtwood “Red Foreman” Smith also turns in some camp in his small role.