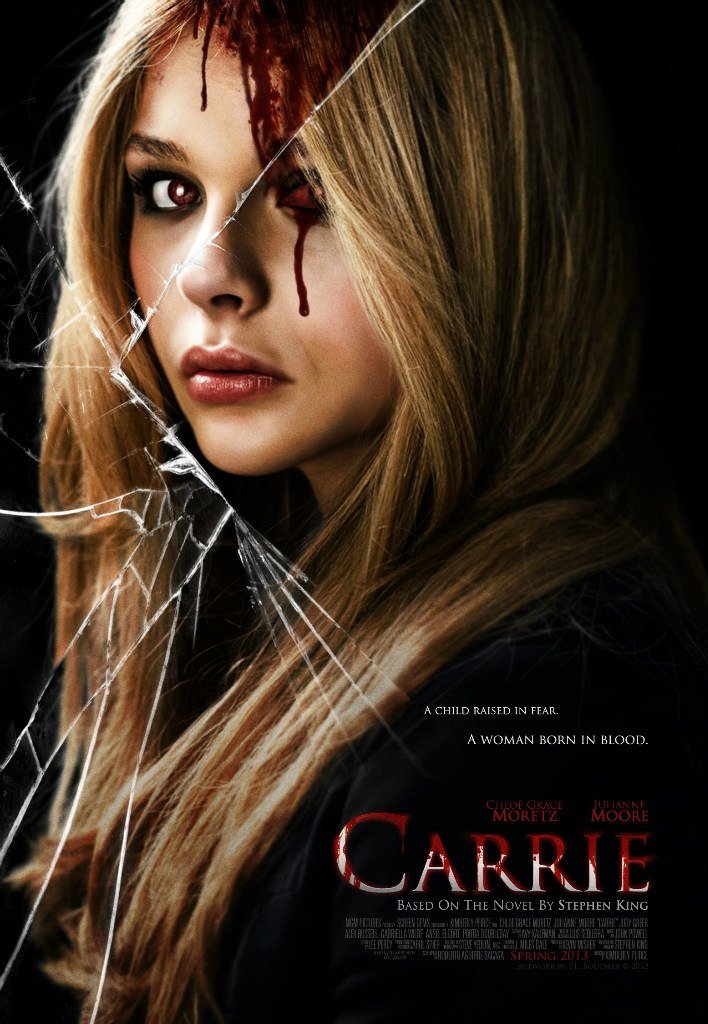 In the remake of the original Brian De Palma film, and based off of the novel by Stephen King, Carrie tells the story of young Carrie White (Chloe Grace Moretz) who goes through life being tormented by classmates and teachers. The only person she feels close to is her religion-obsessed mother Margaret (Julianne Moore). After a cruel joke, one of the popular girls, Sue Snell (Gabriella Wilde) decides to provide an act of kindness to Carrie by allowing her boyfriend to ask her to prom. But along the way, Carrie starts to develop telekinetic abilities that could bring disastrous results if she’s pushed too far.

I believe that to compare this remake with the original and say which is better would be completely wrong and impossible. Both films have very strong aspects of their own that make them both able to stand on their own. But to discuss this version as a remake itself, I would definitely have to say it was VERY well-done. The film really gets into the emotional side of the story, we really get to know Carrie and get a sense of her loneliness. This in part is due to an excellent performance by Chloe Grace Moretz in what I really think is her best performance to date. She portrays the emotions of Carrie with such ease that you really feel for the character and think of her as a real person. But when it switches gears and her evil side appears, Moretz provides a very chilling performance. We are also given Julianne Moore as Carrie’s mother. From the start of the film and until the very end, Moore shows just how unhinged Margaret White is, and she does it perfectly. Her performances leaves the viewer really unsettled with her dead and haunting performance. As for the effects, unfortunately this remake is filled with a lot of CGI. Does it completely ruin the film? No. But it does take away a lot of the effect. The prom scene for example, while much more violent (which I was pleased about), the CGI was really noticeable. But despite this, some of the effects combined with amazing camera shots is very well-done. One example being when two characters are involved in a car crash, the impacts in the crash were very cool (and slightly disturbing) to watch.

So overall, Carrie is a very well-done and perfectly modernized remake that lets us get in touch emotionally with our lead, plenty of bloody moments, and most of all, amazing performances by Moretz and Moore. 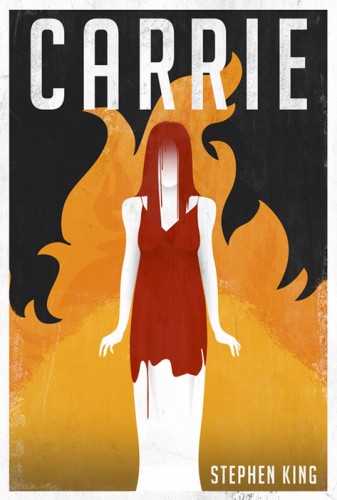 I’m about to unveil a huge confession of mine that not many people know about me…I don’t like Brian DePalma’s “Carrie.” I think many of the performances are over-the-top, the direction is overdone and the characters are too obnoxious to really care about. I know that I am in the minority here but I thought I should let that all out there before we start in on a brand new tweet by tweet review from our resident Twitter horror critic Tim Schilling. Most horror fans consider the film to be a classic. Let’s find out what Tim thinks of it.

Thoughts before the film:
I’ve seen this movie a few times, but never all at once. I always saw it in parts because it got me mad at how plain mean it is. ‪#Carrie‬

Thoughts while watching:
0:06 I just feel so bad for Carrie, all the time.
0:07 I read the book Carrie, but don’t remember much. Is this movie a fairly good adaption?
0:12 People like mrs. White annoy the crap outta me. Don’t preach to me.
0:16 Does the doll of Jesus in the closest freak anyone else out or am I the only one?
0:17 Thanks for locking me up in the closest mama.
0:26 This has some great music.
0:28 I wish the gym teacher slapped that bitch harder.
0:32 John travolta is pretty goofy looking.
0:35 How can she be talking while she’s goin down there!?
0:45 Prom? *cue thunder*
0:46 Everything is a sin to this bitch.
0:49 Notice how in older movies you can sneak into a school no problem,but now if you go near one at night the swat team is called.
0:53 “I can see your dirty pillows” they’re boobies mama.
1:07 I just wanna have prom again pls.
1:17 I honestly feel so bad for Carrie. This is why this movie makes me mad.
1:21 I’m glad your car flipped over and blew up.
1:30 Getting stabbed to death is turning this crazy woman on.
1:33 Creepy Jesus doll is creepy.
1:35 She’s a senior in high school, how is she gonna forget that all of her friends were killed at prom?

Overall:
I guess as a film, ‪#Carrie‬ was good, but the whole story just upsets me in general. Why are people so fucked up. I’m upset after just watching it haha, but I thought it was made very well!