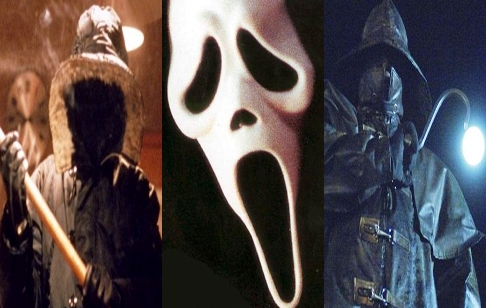 Talk to just about any studio in America right now and they will all tell you the same thing. Slashers are out and they aren’t coming back anytime soon. What was extremely popular in the 80’s and brought back to the mainstream in 1996 with the release of “Scream”, is just about dead today. For more proof, let’s take a look back to last year. Of the horror films that were given a wide release, zero can be classified as a slasher. That’s right…not a single wide release horror film last year was of the slasher genre. In 2011, we had the release of “Scream 4” which sold less tickets in its entire run than “Scream 3” sold opening weekend. Sad, isn’t it? Two of my favorite films of last year, “Silent Night” and “The Sleeper”, were both sent straight to dvd with fans eager to seek them out. The news is just depressing isn’t it?

Let us flash back to year 1995 when the highest grossing horror movie of the year was “Tales from the Crypt: Demon Knight” grossing a paltry $21 million. Horror was dead and slashers were dead right along with them. In 1996, a little film called “Scream” was released to critical acclaim and an enthusiastic fan base eager to gobble up the carnage candy. The film went on to gross $103 million at the box office and remains the only slasher in history (along with its sequel, “Scream 2”) to break the $100 million mark. After this film was released, every studio in Hollywood was eager to make their own version of the slasher hit. Sony jumped on the teen bandwagon with “I Know What You Did Last Summer,” “Idol Hands,” and “Urban Legend,” Warner Brothers released the 80’s style “Valentine” a few years too late, LIVE unleashed hell with “Wishmaster,” MGM turned Stepford with “Disturbing Behavior,” and Universal buried “Cherry Falls.” Some of these films were more successful than others but none of these films lost money for their studio and all were more or less accepted by horror fans.

If that were only the case today… Take a look at the message boards on various horror sites like Bloody Disgusting or Fearnet and you will see that there is a great disdain for 90’s slashers. These films are not just disliked in today’s horror market but actively hated. While I can understand how not every horror fan will dig on the post-modern vibes of a lot of these horror movies, none of these films are particularly worthless. In the world of horror fans, if something is success, it can’t possibly be good. Forget the fact that all of the Friday the 13th and Nightmare on Elm Street films made money. Those films are classics whereas today’s horror fan tends to view a film like “Scream 2” as junk. I wish this wasn’t the case and I know there are exceptions to the rule. Does anyone really know why this is the case? These films are fun and enjoyable. Sure they are flawed but so are most of the slashers from the 80’s (yes, even the best ones). So, before you dismiss another one of the films as worthless, or predictable, or far fetched ask yourself one question: Is the ending to “Urban Legend” any more preposterous as the ending to a “classic” 80’s slasher like “Happy Birthday to Me?” I think you’ll find the answer is no.