John Carpenter’s classic thriller HALLOWEEN is widely regarded as one of the best horror films ever made, and is one of the few horror classics to transcend its genre (much like PSYCHO, THE EXORCIST, and JAWS) and become known as not a horror classic, but a true classic of cinema. With its simple-but-terrifying story of three babysitters who are stalked by a psychotic killer, it garnered rave reviews from critics, including notorious anti-slashers Roger Ebert and Gene Siskel. Today, we take a look at some of our favorite newspaper ads for the John Carpenter classic as well as it’s sequels. Enjoy! 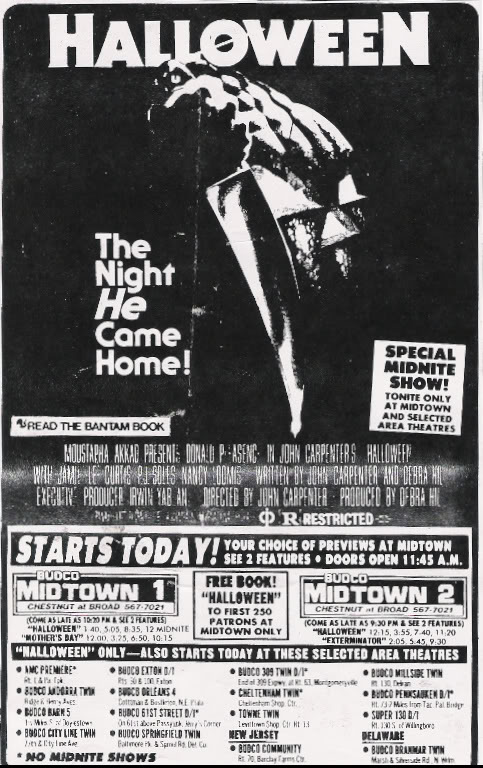 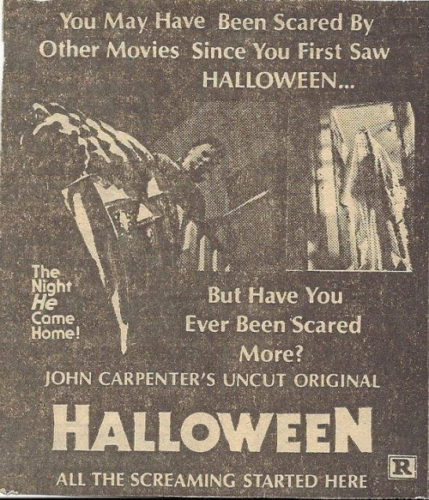 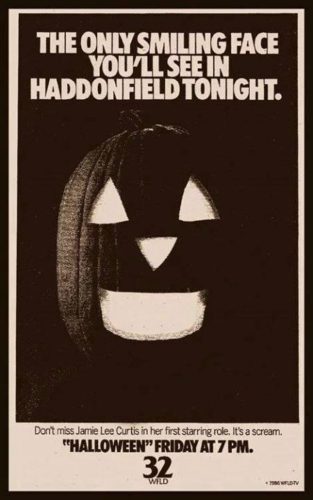 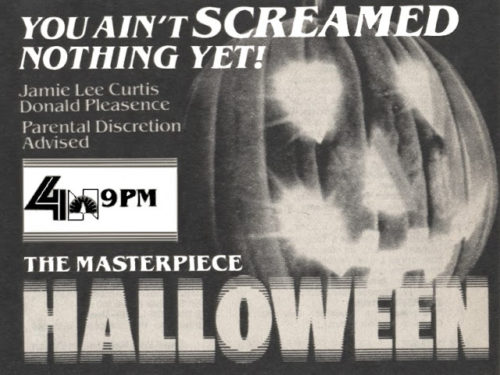 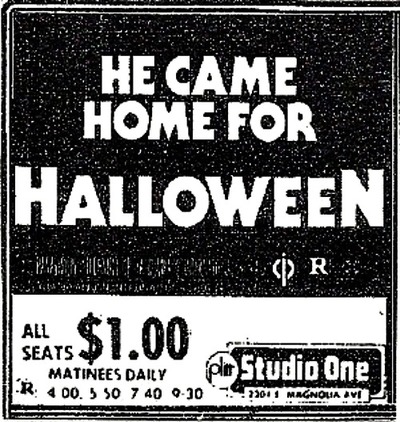 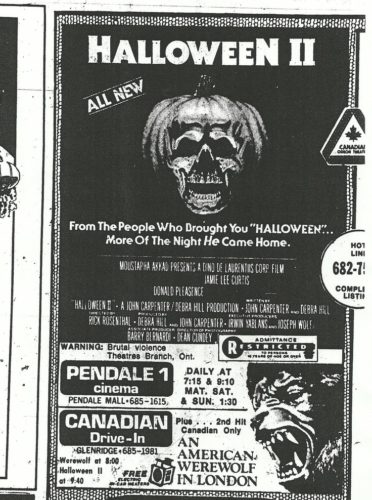 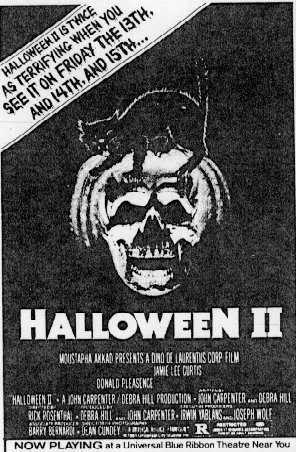 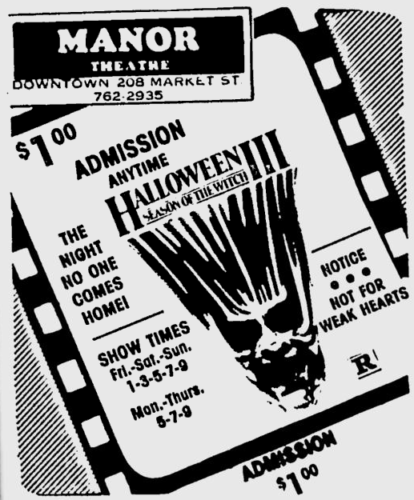 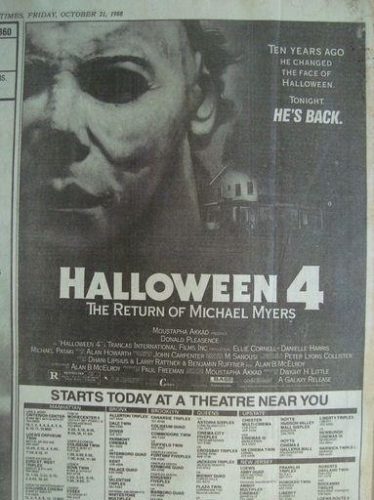