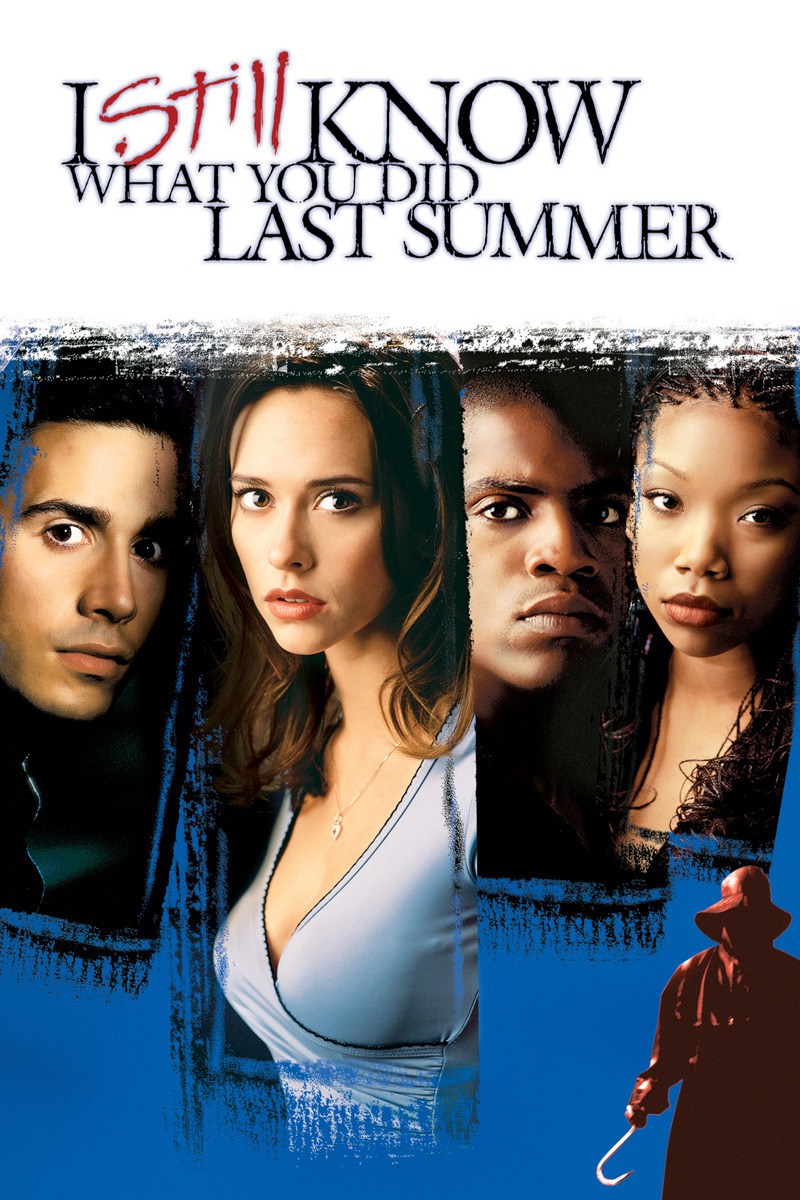 It’s that time of year again to break out the I Know What You Did Last Summer films. Obviously we have the original as the primary watch, but we also have I Still Know, and for the daring, I’ll Always Know. We all know the original film is a classic and many still love it, I know I still love it, and it is the best film of the three hands-down. However, I have to give some defense to I Still Know What You Did Last Summer.

One of the biggest complaints about the original film is how useless Julie James is. I 100% agree with this. Jennifer Love Hewitt’s performance was solid, but all Julie did was whine, mope, and scream and was basically a slap in the face to true final girls. However, in I Still Know, I see a much better version of Julie than we got in the original film. Sure she can still be mopey and whiney, but unlike the first movie, she has more of a motive for this. The events of the first film made her extremely paranoid, and it work well here in how it’s portrayed. But as the events of the film progress, we start to see Julie become a stronger character and willing to face Ben Willis as opposed to run and hide like she did in the first film. I always love her big moment at the end when she’s shooting the hell out of the Fisherman and yells “JUST! FUCKING! DIE!” I honestly think they really redeemed the character of Julie after the first film, and Jennifer really delivered the performance even more than she did in the first movie. 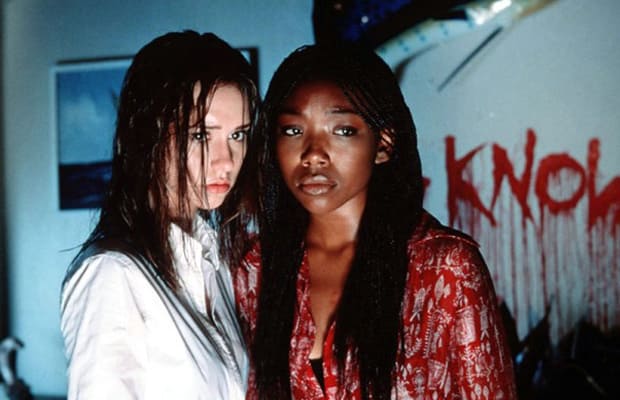 Apart from Julie, the character of Ray also is at least given more to do other than be a pathetic excuse of a lead male. Granted he is spending the majority of the movie just trying to get to Julie, but at least here he’s given more to do and has a heroic enough moment at the end.

In addition to the returning characters, we’re given some fun supporting ones. I think Brandy was a great addition to the cast as Karla, Julie’s new best friend. Now she’s definitely not Sarah Michelle Gellar/Helen. But Karla was a character that I felt Julie needed. She didn’t let Julie push her around and she basically was telling Julie to stop moping, get off her ass, and enjoy herself. It’s unfortunate that we didn’t get to see Karla using her kickboxing put to the test against the Fisherman, but she at least gets a decent, but brief chase scene. Again, this pales compared to the classic chase and fight scene Sarah/Helen gets, but it’s something. Mekhi Phifer’s character Tyrell, while he is dick for his last portion of screen time in the movie, at least he’s a dick you don’t get annoyed by unlike Barry who was spoiled rich boy who thought he was tougher than he was. Tyrell actually had some comical moments even when he was being a dick, mostly when he’s trying to bone his girlfriend. Matthew Settle’s character, the love struck Will was also likable. You did feel for the guy who really seemed to try be a friend for Julie but also trying to win her affection. Though when it’s revealed he’s “BEN’S-SON!” Settle does give the performance a bit too much cheese. And a huge shout out has to be given to Jennifer Espositio as the snarky bartender Nancy. For me was the best character of the film, and I really wanted more bad ass moments from her, she did not deserve the lame death she got. Like for real, how hard was it to push the guy off of her? She deserved a better death than that. 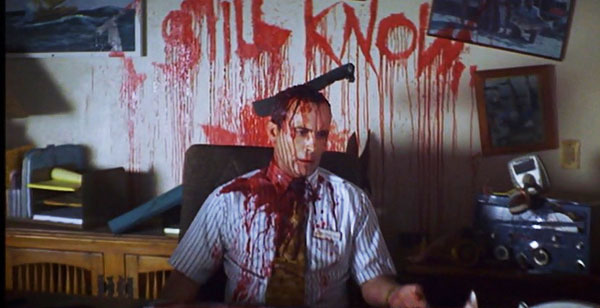 Unfortunately we also have our weak character in Jack Black’s stoner character Titus, and we have the boring “red-herring” characters of Estes and Mr. Brooks, the creepy voodoo guy and the douchebag manager of the hotel.

One thing also worth praising about the movie is the great location. The character’s being trapped on an island during storm that conveniently leaves them without safety boats and power, as cheesy as it is, it work for the film. The only real downside is that we don’t get the July 4thfeel like we did in the first movie. We only get a mention that it’s the 4thof July and that’s it. But anyway, within the island we get some great chase sequences around the island, I already mentioned Karla’s, but the prelude to Karla’s chase scene comes in the form of another great chase scene involving Karla, Nancy, and Julie. They run from the kitchen following Tyrell’s death, up the stairs, and ultimately up into the attic where they have to stay on the beams so they don’t fall through the floor/ceiling(?) that ultimately leads to Karla’s chase. And then we have the extremely creepy scene in the storm shelter.

It’s also a plus that we have higher body count.

To sum up this whole article, I really think I Still Know What You Did Last Summer gets too much hate. Is it in the same league as the first or have the intensity? No, definitely not. But when you think about it, there are some things that it does improve on from the first, primarily Julie as a character, the body count, and slightly more likable characters. When it comes down to it, I think it’s fair to say that even if I Still Know isn’t a particularly good movie (besides those 3 annoying above characters, the dialogue and farfetched plot points can be cringe-worthy), it’s pure, cheesy fun.