It has been quite the year in horror, hasn’t it? I was going to wait until the end of the month to post my Horror Year in Review. Then I got to thinking, there is not a single horror movie coming out from now until the end of the month receiving any buzz, so why wait? NOTE: If an awesomely great and insanely bad horror movie does find its release in the next two weeks, I will update this list. This isn’t just an ordinary year in review list. I am posting my best of and worst of picks but I also have a slew of various categories up for debate. Not all of you are going to agree on these choices. I have a few some of you out there are going to HATE my pick for Best of 2012 and there are some of you out there that are going to cringe at my pick for Biggest Letdown. Hate my picks and want to share your own? I want to hear your picks for the Horror Year in Review. Bring on the hate…

The phrase â€œlove it or hate itâ€ is overused when it comes to describing films in general. The term is too often applied without much care and is a way to separate oneself from the masses. Nonetheless, I WILL use the â€œlove it or hate itâ€ phrase because nothing else can possibly describe it. The mind fuck movie of the year. “Love it or hate it”, you’ve never seen anything like this before. A guy with the tv for a hand, a time traveling bear, a mother and daughter that switch bodies, UFOs, meteors, parallel time lines? Itâ€™s all here in one of the strangest movies that you will see all year. A test to see if you will like this film, when a confrontation gets ugly a reply to the bully is, â€œSorry, I gotta go. Hotel for Dogs is on cable.â€ Make you laugh or smile a little? Well then, â€œDetentionâ€ is the movie for you. Loaded with gore, strong performances by a more than capable cast, one kicking soundtrack, and more pop cultural references than you can shake a stick atâ€¦â€Detentionâ€ is â€œScreamâ€ meets â€œScott Pilgramâ€ with a dash or two of â€œKaboom?â€ It makes for one wild cocktail. Want a drink? I certainly took in this delicious beverage and haven’t stopped thinking about it 6 months after watching it.

â€œBaby-Sittingâ€ just might be the best short film I have ever seen and this is coming from someone who has seen hundreds of short films. Loved the opening Grindhouse style credits, the score is playful yet very sinister and creepy, and the children were deliciously evil without being over-the-top. The use of practical gore effects had me with my mouth agasp for the last half of the film. As if that wasnâ€™t great enough, the use of dark humor had me smiling throughout (there is a scene involving a boy scout that is especially deliciously deranged). I seriously loved every moment of the film and my only criticism is I wish it were longer. I am extremely impressed and cannot wait to see what director/writer Lucas Masson has in store for slasher fans. He has one sick and twisted mind and hopefully that never changes. After â€œHigh Tension,â€ â€œInside,â€ â€œMartyrs,â€ and now this, can we all agree that French know where it is at when it comes to horror today?

Other Kick-Ass Horror Shorts: Doll-Boy, Dummy, Familiar, The Keeper, Other 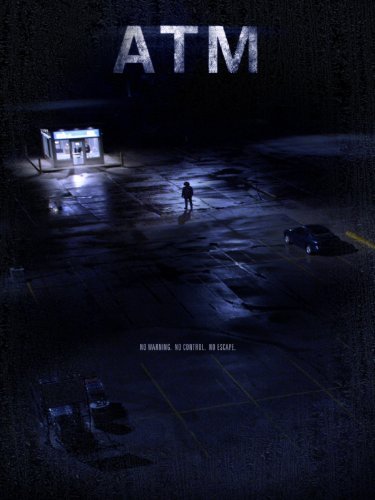 A film so bad that I didn’t even care to do a full review for it. Three friends are trapped at an ATM while a killer waits outside for them to make a fatal move. An intriguing premise is wasted with some illogical plot turns and some abysmal acting. The production values are solid and there is some solid suspense in the first act but none of that matters when the characters act as stupidly as these three. Special bonus points to Josh Peck as the asshole Corey who takes far too long to die. Avoid like the plague.

Biggest Horror Letdown of the Year: CABIN IN THE WOODS

I can understand and appreciate why people love this horror movie. Itâ€™s something different. It isnâ€™t PG-13 and it isnâ€™t a remake. Nonetheless, I was left quite cold. This film attempts to be a clever horror-comedy packed with meta self awareness. Clever it is. Funny or scary? Not so much. This film is being billed as â€œScreamâ€ for the next generation. That it is not. â€œScreamâ€, for all its meta self awareness was both scary and funny as hell. Everything and everyone associated with this picture appear to either be trying far too hard or not enough, Iâ€™m not exactly sure which. I know I am in the minority here so if you have a desire to see this film by all means go out there and enjoy the hell out of it. I wanted to and didnâ€™t. I appreciate it when any horror movie gets recognition and acclaim. I love to see horror movies that make people fall in love with genre again. If I didnâ€™t fall in love with this one, that shouldnâ€™t stop you. That said, I will probably never watch this film again.

After months of bad press, I was expecting this one to be quite the stinker. While 90% of the horror community hated this sequel with a passion, I actually found a lot to enjoy. â€œPiranha 3DDâ€ not â€œSchindlerâ€™s List.â€ You want big breasted girls being torn apart by piranhas? You want David Hasselholff running in slow motion to the Baywatch theme to save a drowning ginger boy? You want the death of not one but TWO annoying kids played up for two of the biggest laughs in the movie? Well, you get all of this and a hell of a lot more. Rating a movie like â€œPiranha 3DDâ€ is a different proposition. The film itself is not nearly as good as the original remake (howâ€™s that for an oxymoron?) but I would argue that this sequel is a hell of a lot more fun. Take out the 13 minute credits (stay for them, there are some funny bloopers and behind the scenes video) and you are left with a 70 minute nonstop rollercoaster ride that is over before you can even begin to think of the bad acting and nonsensical plot developments. â€œPiranha 3DDâ€ left me craving another sequel and isnâ€™t that the best thing you can say about a cheesy horror flick?

Just when I thought horror films were becoming a bit too politically correct, 2012 came along to show me that killing kids in horror movies is not only okay but also hilarious if done right. Films like “Baby-Sitting,” “Piranha 3DD,” and “Silent Night” all played up the death of children for cheap laughs. In every single one of the these movies, the scenes were delciously over-the-top and in the most bad taste possible. Horror should be about pushing the envelope and I’m glad these films didn’t shy away from that. Here is hoping we see more kids dying on screen in horror in 2013.

There you go, some of my random thoughts on the 2012 horror year. Now let’s bring on the gory goodness in 2013 with some more slashers. Please?! Movies like “Silent Night” deserve to have a nationwide release. Make it happen studios!