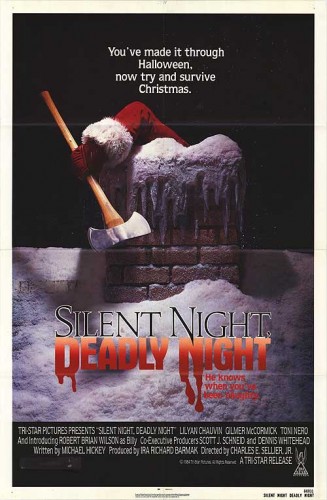 Described as “The ULTIMATE Killer Santa Movie”, where would Christmas be without a deranged, batshit crazy Santa? After his parents are murdered by a scalpel-wielding Santa, a young boy is sent to an orphanage. He ends up spying on two people having sex, and learns sex is a very naughty thing. A few years later, in a little, old fashioned department store, the kid is given the ultimate job: SANTA CLAUS. After seeing two people having sex in the storage room, he has flashbacks of his parents’ murder, and ends up killing them both. He then sets off on a massive killing spree. Can he be stopped? Or will Santa deliver new presents to all the little kids? This film is a hell of a lot of fun and the protests behind the film only add to the enjoyment. Well, kind of….