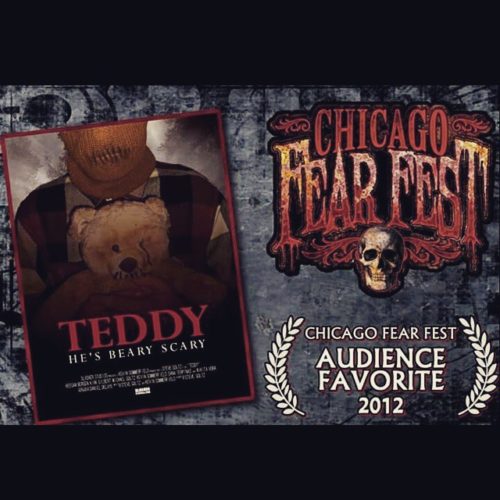 Three years ago today we had our first ever theatrical screening of a â€ªSlasher Studios film with our slasher short â€ªTeddy at â€ª#Chicago Fear Festâ€¬. It went on to win Audience Favorite at the fest and it’s been a wild ride ever since. We have since released two additional short films and a feature film (Don’t Go to the Reunion) that went on to win several film fest awards. Now we have our latest slasher feature, Dismembering Christmas, slashing up film fests this fall. Thanks for all the amazing memories and here’s to many more to come!